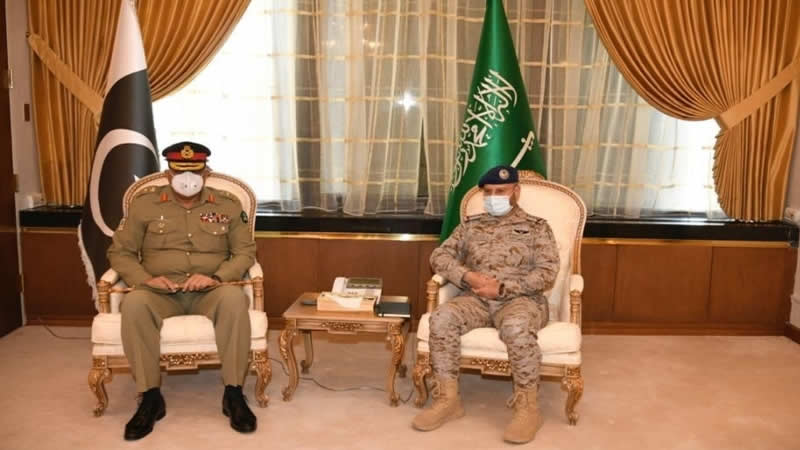 Saudi Arabia on Wednesday assured Pakistan of its support in its initiatives for regional peace and stability.

Gen Bajwa is currently on a four-day visit to the Kingdom. His trip is taking place ahead of Prime Minis­ter Imran Khan’s visit scheduled to start from Friday.

“CGS KSA … assured full cooperation and support from KSA in all initiatives aimed at improving regional cooperation, peace and stability,” the Inter-Services Public Relations said in a statement on the meeting.

Gen Bajwa called for greater military-to-military cooperation between the armed forces of the two countries and said it would positively impact regional peace and security.