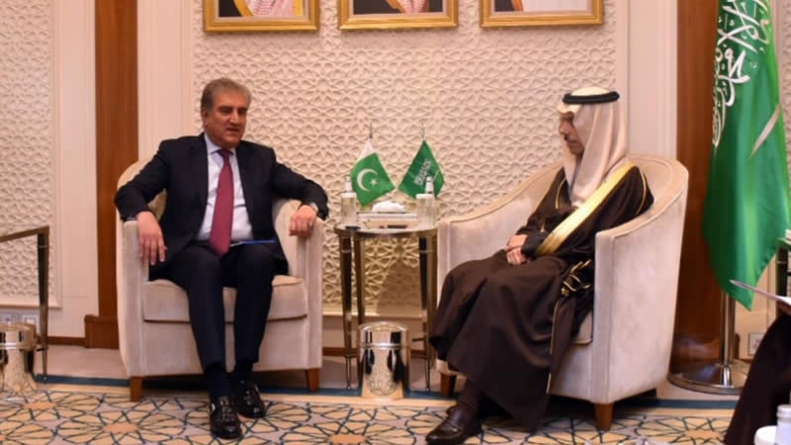 During the interview taken via video link, Prince Faisal characterised Prime Minister Khan’s visit to his country as “an extremely important one in the history of bilateral relations”.

“The visit of Imran Khan is extremely important in the history of brotherly relations. We have an excellent visit of the prime minister and many, many subjects (have been) covered,” he said.

During the talks in Saudi Arabia, he said, the two countries’ leaders focused on economic cooperation, facilitation of investment and trade.

During the visit the two countries worked together to enhance cooperation not just on issues of bilateral interest but also problems facing the entire Ummah, said the Saudi foreign minister.

Terming an increase in the number of blasphemous acts in Western countries “a dangerous trend”, the minister praised Mr Khan’s role in efforts to counter Islamophobia. “The OIC should be used to address such issues of intolerance,” he said.

“There must be a dialogue on how to address the escalating tone of disrespect (against) Islam and the Muslim nations need to come together to address the issue.

“We are very proud that Pakistan is taking it to the heart,” adding that Saudi Arabia was working closely with PM Khan to address the concerns.

He said the bilateral agreement for establishment of Saudi-Pakistan Supreme Coordination Council was important to “institutionalise and nurture the political, security cooperation and most importantly economic cooperation”.

Referring to the joint statement issued on Saturday, Prince Faisal said both the sides would work to activate the council in order to realise the full potential of relations between the two countries and achieve tangible results.

Asked about the green initiatives of Saudi government, he said Pakistan was also playing a leading role in that regard. “I am sure we will work together to align both the (Saudi and Pakistani) initiatives and to learn from each other and benefit from each other’s experiences. Strong bilateral relations mean that we can partner on issues not only bilateral but also of global nature.”

He told the interviewers that Saudi Arabia had implemented significant labour reforms, showing flexibility and allowing the workers to “transfer their work from one employer to other”.

Under its vision 2030, he said, the Saudi government planned to widen its employment base, which would open up opportunities for Pakistani nationals as well as businesses. He said Pakistan had a very important role to play for a peaceful Afghanistan and the kingdom would work closely with the international community to help Afghanistan “find security and stability”.