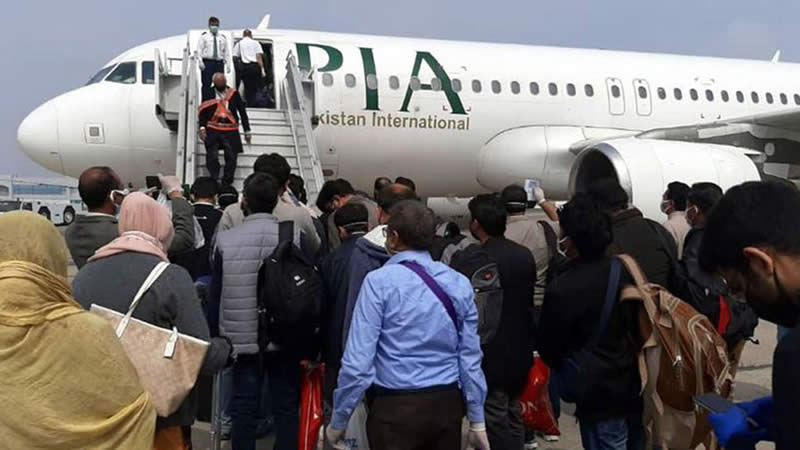 The Civil Aviation Authority (CAA) has noted with “grave concern” that passengers travelling to Pakistan — especially from Gulf states — have tested positive for the coronavirus upon arrival despite being in possession of negative PCR test results.

“Upon conducting an investigation into the issue, it has been found that passengers travelled to Pakistan using fake PCR negative test results and endangered not only passengers travelling with them, but also undermined the intense efforts being made at the national level to curb the spread of Covid-19,” the CAA said in a notification dated May 10.

“The onus of contributing towards this national cause does not fall on the authority alone but is a responsibility that has to be shared by all concerned stakeholders including airline operators,” it said.

The authority directed all airlines operating to and from Pakistan to ensure that all passengers travelling to the country possess test results from government approved labs and that no test results be accepted without a valid QR code.

“Only original reports are accepted prior to checking in passengers for flights and no copies are accepted. Passengers not registered through the Pass Track App are not accepted for travel to Pakistan,” the CAA directed airlines.
Policy for inbound travellers revised

Earlier this week, the federal government revised the inbound air travellers’ policy, exempting airline crew of local carriers on two-way flights — who do not exit the airport — from getting an RT PCR test done before travelling to Pakistan.

However, staff of local carriers on two-way international flights who do exit the airport will have to get tested before travelling to Pakistan.

Passengers travelling to Pakistan from any country will be required to present a negative RT-PCR test report conducted 72 hours prior to the travel. Whereas travel from category C countries has been banned except for countries that have been given exemption by the NCOC exemption committee.