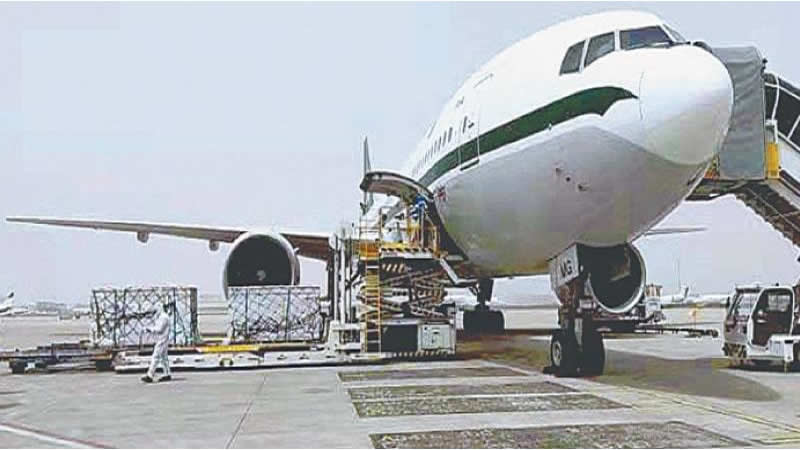 The Pakis­tan Medical Association (PMA) has urged the World Health Organisation (WHO) to lay its role in getting all vaccines acceptable by countries which have made it mandatory for visitors to be inoculated by certain brands only.

On the other hand, as the number of positive cases among passengers from the UAE and Bahrain is increasing, the National Command and Operation Centre (NCOC) has decided that only Polymerase Chain Reaction (PCR) results of authorised laboratories will be accepted.

Meanwhile, a number of commercial and tourism sectors will be opening across the country from Monday (today).

In a letter to WHO Director General Dr Tedros Adhanom Ghebreyesus, PMA Secretary General Dr Qaisar Sajjad requested the world health body to help resolve the vaccination issue of people who need to travel abroad because the authorities concerned of some countries had approved vaccines of certain companies only.

Dr Sajjad said everyone was aware of the fact that different countries were using vaccines of various companies to administer to their citizens.

He said despite knowing this fact, some countries had made it mandatory for visitors to be vaccinated by specific brands, adding that this policy would have devastating effect on international travel and trade.

“Keeping in view the above facts we request WHO to convince such countries to accept all vaccine brands approved by other countries for their citizens, otherwise it will create problems for people who wish to go abroad for employment, business, education, medical treatment and for other purposes,” Dr Sajjad said.

It is worth mentioning here that in Pakistan, apart from AstraZeneca which has arrived through Covax, most of the vaccines being administered are Chinese.

On the other hand some countries, including Saudi Arabia, do not recognise vaccination certificates of Chinese vaccines despite the fact that WHO has registered Sinopharm.

According to a statement, NCOC’s special session was held on Sunday to review the implementation strategy of non-pharmaceutical interventions (NPIs) being enforced with special focus on opening up of the tourism sector from Monday.

The session was presided over by National Coordinator Lt Gen Hamooduz Zaman Khan.

It urged the public to resort to ‘Safe Tourism’ policy.

A comprehensive monitoring mechanism has been devised to ensure that standard operating procedures (SOPs) are being implemented in letter and spirit.

“The forum also reviewed the inbound travel policy. Category C list has been revised with addition of certain other countries which will be implemented from 26th May. Stringent SOPs for verification of disease status of inbound passengers is in place. In view of increasing positive cases being reported in passengers from UAE and Bahrain, PCR results from only authorised labs will be accepted,” the statement said.

An official of the Ministry of National Health Services told Dawn that Pakistan had introduced three categories – A, B and C – to deal with Covid-19.

“The countries in Category A are exempted from mandatory Covid-19 testing, those in category B require a mandatory negative PCR test that has to be taken within 72 hours of the travel date and countries in category C are restricted and are only allowed as per guidelines by the NCOC,” the official said.

Meanwhile, the NCOC data reported 3,084 new cases and 74 deaths in the last 24 hours. As many as 536 ventilators were occupied across the country. The number of active cases is 62,620 out of which 4,800 patients were admitted to hospitals.

It is worth mentioning here that on May 19, the NCOC decided to open educational institutions in cities having less than 5pc positivity ratio, restaurants and tourist destinations from May 24. However it decided to continue curbs on shrines, cinemas, indoor dining, contact sports, festivals and indoor/outdoor gatherings and keep inter-provincial public transport suspended on weekends.

The forum allowed resumption of elective surgeries and holding of outdoor marriage ceremonies, with a maximum 150 individuals, from June 1. It also permitted holding of board exams after June 20. Those educational institutions that will not open on May 24 can resume from June 7, again in a staggered manner and decisions will be reviewed on May 27.

The NCOC in a tweet said the consignment was purchased by Pakistan from China.

PIA plane carrying 2 Million doses of Sinovac vaccine has reached Pakistan today. This consignment is purchased by Pakistan from China. With the arrival of this consignment, total 11 million vaccines have been received by Pakistan. pic.twitter.com/wNzPnZ4vsb

With the arrival of this consignment, a total 11 million vaccines have been received by Pakistan, the tweet added.