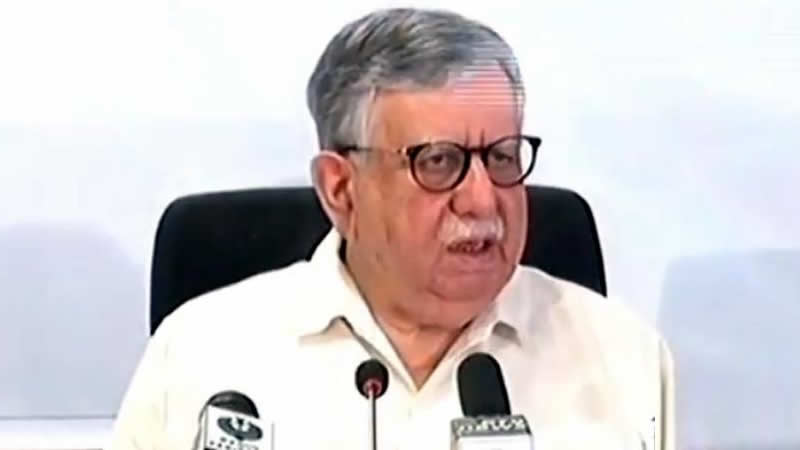 The government has quietly proposed Rs10 billion taxes on salaried class by slapping income tax on their expenditures on medical treatment, various allowances and their savings in provident and pension funds.

In order to give effect to Rs10 billion taxes, the government has omitted a minimum of six clauses from the second schedule of the Income Tax Ordinance through the Finance Bill 2021 that it laid before parliament on Friday.

But Finance Minister Shaukat Tarin told The Express Tribune on Sunday that he has asked the Federal Board of Revenue to reconsider the budget proposals affecting the salaried class. The reply of the FBR Chairman Asim Ahmed was awaited till the filing of the story.

The finance minister had vowed that he would protect the salaried people from the tax burden and refused to accept the International Monetary Fund’s (IMF) condition to change the slab rates for the salaried class. However, the salaried class has been hit by the decision of taxing their allowances and savings. While speaking at the launching ceremony of the Economic Survey, Tarin had said that the IMF demanded to slap Rs150 billion taxes on the salaried class.

It seems that the FBR’s top hierarchy has not taken the finance minister into full confidence before proposing legal changes.

The government has already withdrawn Rs100 billion worth of taxes that it wanted to collect from the next fiscal year by introducing taxes on use of cellular networks and internet data.

The Finance Bill 2021 showed that the government omitted Clause 139 of the Ordinance that deals with giving exemptions on employees’ medical reimbursement. This has been done to generate Rs1.82 billion revenue.

“The only benefit of medical reimbursement or free medical facility left with salaried class is intended to be withdrawn by the federal government,” Dr Ikramul Haq, Pakistan’s renowned tax expert, said.

Haq said that without increasing slab rates, the government has tacitly increased tax burden of 57%, in case an employee received major medical treatment like heart surgery.

The government has also withdrawn income tax exemption that is available to Pakistani seafarer, working on Pakistan flag vessels for 183 days or more during a tax year to collect additional Rs67 million revenue.
In a bid to generate Rs7 billion additional revenue from the salaried persons, the government has slapped 10% tax on provident fund contributions exceeding Rs500,000.

The profit on debt exceeding Rs500,000 shall be chargeable to tax @ 10% as a separate block of income and the person making payment shall deduct tax at the said rate.

Similarly, the receipts from the provident funds above Rs500,000 have also been taxed at the rate of 10% as separate block of income.

The government has also proposed an amendment in Clause 23C of the second schedule to tax the pension funds for the sake of Rs148 million. “The profit on debt (from pension funds) shall be chargeable to tax at the rate of 10% as separate block of income.”

To recover another Rs1 billion from the salaried people, the government has proposed to omit Clause 39 from the second schedule to take special allowances of the employees, except entertainment and conveyance allowances.

Any income of a newspaper employee representing Local Travelling Allowance paid in accordance with the decision of the Third Wage Board for Newspaper Employees constituted under the Newspaper Employees (Conditions of Service) Act, 1973 will also be taxed.