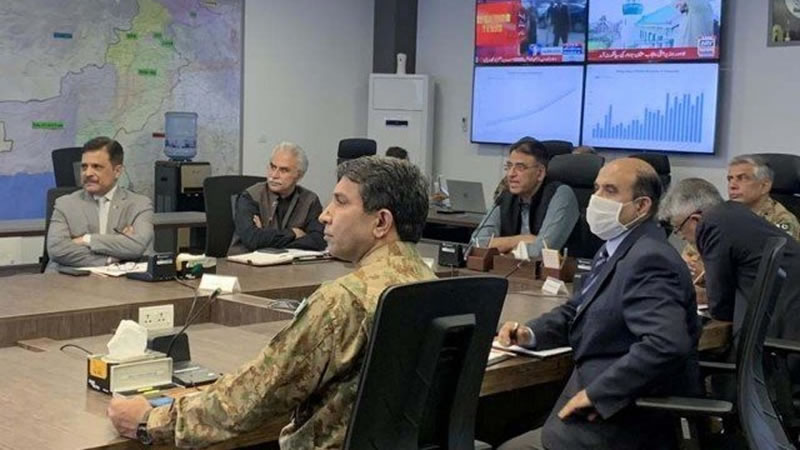 Head of the National Command and Operation Centre (NCOC) and federal minister Asad Umar on Friday said that a fourth wave of Covid-19 could possibly occur in July if precautionary SOPs are not adhered to.

“In the absence of strong SOP enforcement and continued strong vaccination program, the 4th wave could emerge in Pakistan in July. Please adhere to SOPs and vaccinate as soon as possible,” he stressed.

The NCOC also allowed those travelling abroad for work to be vaccinated with the Pfizer vaccine. According to the new guidelines, those who must travel outside the country for employment before July 26 can receive the Pfizer vaccine.

The body added that the vaccine would be given to those travelling to countries where Chinese vaccines have not yet been approved. This includes those going to Saudi Arabia on work visas.

On Thursday, the NCOC said that the national tally of the active cases had fallen below 33,000. Earlier this month, the coronavirus positivity rate came down to pre-third wave levels.

Coronavirus first emerged in the country in February 2020, which started ebbing in July after seeing its peak on June 17, with more than 6,800 cases were recorded in a single day. The cases rose again towards the end of the year, dubbed by experts as the second wave.

The cases surged again in the first week of March, described by NCOC head and Planning Minister Asad Umar as the third wave. For the most part of April, the single-day tally of the disease stayed above 5,000 along with a daily death toll of more than 100.

This article appeared originally on Tribune.