by Shameel Shoaeb
in National
0 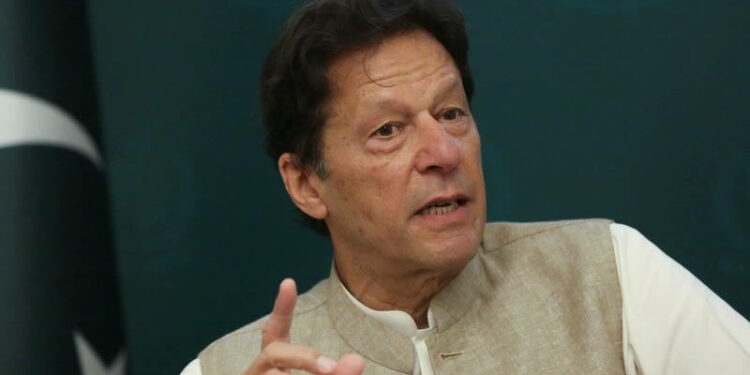 Supreme Court of Pakistan (SC) on Thursday barred the government from initiating action against PTI Chairman and former prime minister Imran Khan for leading the marchers to D-Chowk.

The incumbent government had sought the court’s permission to initiate action against Imran Khan for violating the court’s order and ordering the protesters of reaching D-Chowk.

The government maintained that the protesters caused damage to private and public properties.

At the offset of the hearing, Attorney General of Pakistan (AGP) Ashtar Ausaf said the Islamabad High Court bar association had filed a petition for protection of human rights and in light of it, PTI was allowed to stage a peaceful protest.

However, he said that Imran Khan misled the protesters by propagating that the top court had permitted them to protest.

The chief justice remarked that they were not conducting the hearing for leveling allegations against anybody, maintaining that the Supreme Court safeguards the Constitution and the order was given because it could see the law being violated.

The chief justice said there could be a possibility that the message delivered to Imran Khan was misinterpreted.

Remarking on what happened following the court’s orders, the chief justice said that it was learned that shelling was done, and some protesters inflicted injuries too.

AGP said the government provided security to the PTI rally, but several police personnel was injured due to stone-pelting by protesters, adding that fire brigades and armored vehicles were torched.

He added that due to such deteriorating law and order situation, the government had to deploy the army in the Red Zone to protect sensitive buildings.

Chief Justice Bandial remarked that the purpose of the court’s order was to induce balance between the parties adding that PTI organized 33 rallies in a month and all of them were peaceful.

He said that the protesters were on the roads yesterday without a leader and added that the workers could only be controlled by leadership which was not present at that time.

The chief justice expressed hope that the PTI would also realize its responsibilities in the future.

The court rejected government’s plea for action against Imran Khan and also disposed of the bar association’s petition against the blockades of roads.