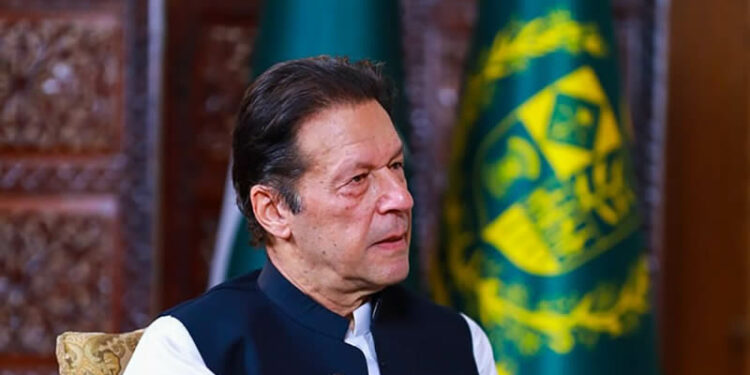 According to details, the former premier has filed a petition in Islamabad High Court (IHC) seeking pre-arrest bail in a terrorism case registered for ‘threatening’ a female judge and senior police officers in a public rally.

Imran Khan, in the petition, said that he was ready to be part of the investigation whenever the court says. The former prime minister said he has no criminal record and has never been convicted.

The PTI Chairman further said that he was ready to submit surety bonds, pleading with the court to approve pre-arrest bail.

It should be noted that a terrorism case was registered against Imran Khan for using derogatory language and threatening Additional Session Judge Zeba Chaudhry in his speech in Islamabad on August 20.

Sources say that the text of the PTI Chief’s August 20 speech has also been included in the FIR.

Imran Khan, addressing a PTI rally in Islamabad, had said that they would file cases against Inspector General Islamabad Police, Deputy IG Islamabad Police and magistrate Zeba Chaudhry for the torture of PTI leader Shahbaz Gill.