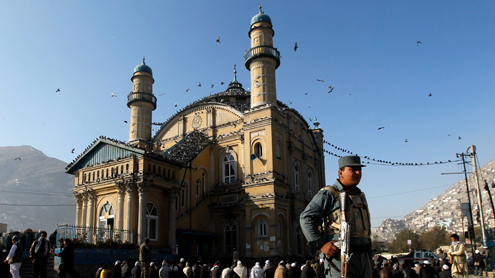 On the first Juma-tul-Mubarak of Ramadan all mosques of the city were jam-packed during Juma prayers. Law-enforcement agencies made special arrangements for the security of people. Police mobile squads were deputed near mosques. Police and members of mosque committees checked people with metal detectors.The Ministry of Interior has already instructed the federal police that security measures for the mosques should be taken during Ramadan. In most of the mosques, all gates were closed except one to ensure the security. The capital city police officer said policemen, security guards and mosque guards performed security duty to ensure elaborate arrangements in various areas.

Special security arrangements were made to thwart any kind of untoward incident on the occasion.
The administration of all cities and towns had devised a tangible plan under the massive security steps. Police personnel in plain clothes were deployed at all major and local mosques according to the comprehensive security plan. All major routes heading towards mosques were cordoned off for the Friday prayers. – PT