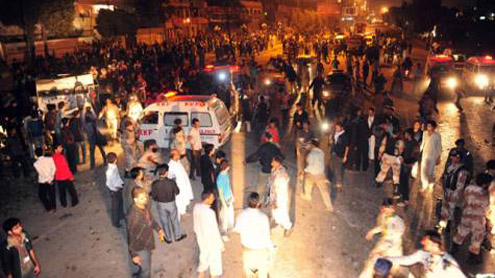 Unknown assailants entered a house in Block E of Lahore’s Johar town area and killed eight members of a family including women and children. The attackers managed to escape from the scene after the incident. The deceased included three children and two women. According to relatives of the deceased, they had tried to contact the family members since Monday night and upon receiving no response they reached the residence where all occupants of the house were found murdered. SP Muhammad Awais Malik, who oversees Saddar area of Lahore, said the victims were killed Monday night adding that the attackers used a sharp object to kill the family members. Police and security personnel reached the site of incident whereas the bodies were shifted to a hospital for postmortem. Further details regarding the nature and motive of attack were not available till the filing of this report.