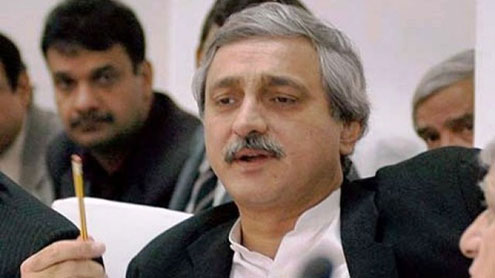 The Pakistan Tehreek-i-Insaf is a liberal nationalist party in contrast to the right wing image thrust upon it by some, says PTI general secretary Jehangir Khan Tareen. “It is an issue of perception management”, Mr Tareen told Dawn in an interview saying a lot of what was being said about PTI’s ideology was unwarranted. “We’re a liberal, though not in the sense the term is understood in the West, and nationalist political party, but our weak perception and media management presented us as far-rightists.” The far-right perception, he admits, damaged the party’s following among the middle-class youth, once considered to be the base of the PTI.

The PTI is not pro-Taliban but pro-peace, he seeks to clarify, recalling Imran Khan was the first and only leader to condemn Lashkar-i-Jhangvi after the killings of Hazaras in Quetta. He did not agree to the proposition that the recent change in the party’s stance on the Taliban in which it announced supporting the army operation against the extremists was forced by the situation. “We had stated six months ago, even before the government convened all-party conference, that talks should be held only with those elements who accept the Constitution,” Mr Tareen said.

The party, he said, supports the federal government’s stance of carrying forward the peace process. He denied the impression that the PTI initiative of blocking the Nato supplies had backfired. “Not a single drone attack was carried out during the 97-day blockade,” Mr Tareen said, underlining the ‘effectiveness’ of the action. Dwan