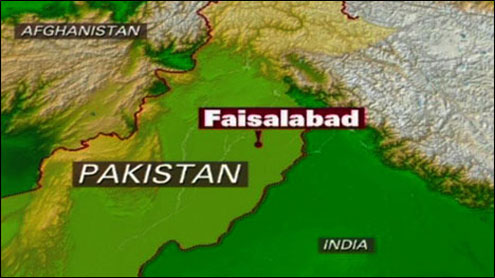 Three persons were killed in gun firing on Wednesday morning here, Geo News reported. Police said that some unknown persons barging into a house fired volley of gunshots, which killed three persons of the same family at Tehsil Tandiawala here.

Two brothers and a sister included among the deceased, police said. The bodies have been shifted to the hospital. Police said that the incident occurred due to some domestic feud, while further investigations in progress.  Thenews