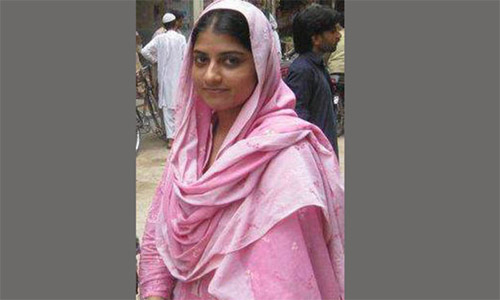 An accounts group probationer was found burned to death in her hostel room at the Audit and Accounts Training Institute in Gulberg on Wednesday.

Police declared the death as self-immolation in the light of initial investigation and evidences collected from the crime scene. However, the family and colleagues ruled out the possibility of suicide.

Nabiha Chaudhry, 27, of Karachi, was engulfed in flames when the hostel staff and other trainee officers broke into her room. Audit and Accounts Training Institute Director General Shahzad Raza told Dawn it was premature to establish if Nabiha had committed suicide. He said he received a call at about 4:15pm regarding the incident. He said the furniture of the room was also found burnt. Up to 14 probationers are living in the hostel where the incident happened. He said forensic experts began investigation into the incident. Crimes Investigation Agency Superintendent of Police Umar Virk told reporters it was premature to establish the cause of fire. He said the circumstances at the crime scene suggested the woman committed suicide and a bottle of petrol was found in the room. He said a peon had provided the petrol to the victim on her request on Wednesday. [contentblock id=1 img=adsense.png]

Other women officers told reporters Nabiha was religious minded and had strong willpower. One of her colleagues told Dawn Nabiha did not attend classes on Wednesday and seemed visibly disturbed. “She came to the classroom for a while and soon left it,” she said. Later, she was found standing in the courtyard of the academy, she said. Victim’s mother Seemi Saleem told Dawn by phone that Nabiha spoke to her around 2pm on Wednesday and she was normal in her conversation. She said there was no domestic dispute with her daughter. Ms Saleem said the academy administration called her at about 5pm that a blaze had erupted in Nabiha’s room and that she had received critical burns. She said her daughter was a brilliant officer and could not end her life in such a way.

Ms Saleem suffered a second tragedy in her life. Her husband, Dr Saleem Chaudhry, the principal of Dawood Engineering College, was murdered by the activists of a political party in Karachi. He was honoured with Sitara-i-Imtiaz. Police shifted the body to morgue for autopsy and began proceedings as per Section 174 of CrPC. Model Town SP Dr Rizwan told Dawn a petrol bottle, a match box and three diaries of the victim were seized from the room.