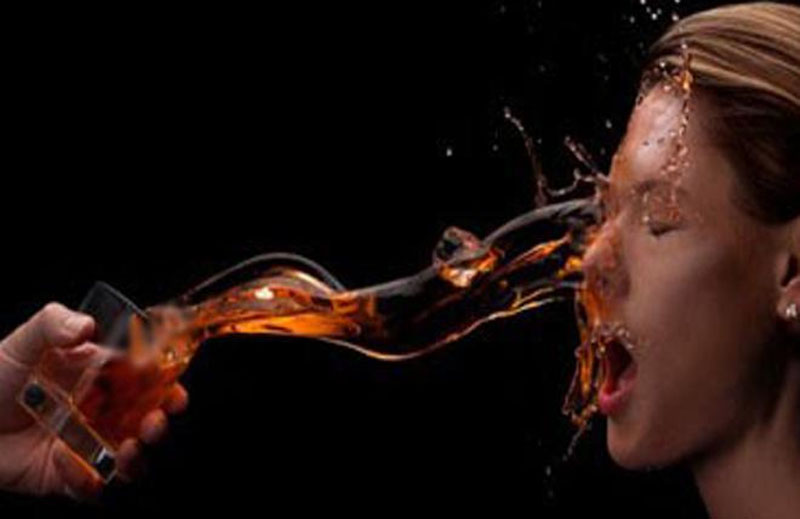 Noreen Jabbar removes the bandage to reveal a swollen, blackened hole that was once her eye. “Look at what he has done to my face,” she says, her voice wavers and her good eye swells up with tears. She tries not to cry because it hurts too much. Noreen was dropping her three daughters to school when her former husband Azeem who had divorced her in a fit of rage three months ago suddenly pounced on her from behind, covered the faces of the children, and, as Noreen turned to see, splashed steaming acid on the left side of her face. “He had threatened me right after divorce, saying if he cannot have me then no one else will either,” she said. “The acid has hurt my daughters too, their arms are burnt and the oldest is just seven years old.” Noreen’s brother Shakeel says although police are trying to trace Azeem, he seems to have disappeared.

“Unfortunately, not even one political representative from our area of Gulshan-i-Ravi and Noreen’s area of Qila Gujjar Singh has come to visit us,” he says. Like Noreen, several other women have been victims of acid attacks during this year. Statistics compiled by the Aurat Foundation in a report reveal that from January to September 2014, about 42 cases of acid attacks (excluding Noreen’s) have been recorded in Punjab only. These included 51 women and eight men as victims.

What is discouraging is that from 2012-13, a 13pc decrease had been recorded in acid attacks, but in 2014 only the first nine months show a rise. Earlier this year, the Acid Survivors’ Foundation, another NGO, told the Punjab Commission on Status of Women and the parliamentary caucus for women that about 56pc of Pakistan’s acid attacks occur in Punjab.

An official from the NGO said 65pc of acid and burn victims were women and girls, 15pc children and 80pc of the survivors earned less than Rs8,000 a month. The report stated the prosecution rate was only 35pc, and in the rest of the cases there were problems in the investigation and trial stages and out-of-court settlement added to the problems of victims. Meanwhile, according to Aurat Foundation, about 22 cases of the 42 this year occurred in rural areas of Punjab, while even urban areas recorded an alarming number of 17 cases. Surprisingly, Lahore, the most developed city in Punjab, recorded six out of these 17 incidents.

This was followed by Faisalabad and Rahim Yar Khan with five cases each, Khanewal four, Rawalpindi three, Okara, Kasur, Vehari, Bahawalpur and Bhawalnagar two each, and Gujranwala, Gujrat, Narowal, Sialkot, Jhang, Sheikhupura, Multan, Sahiwal and Muzaffargarh one each. Statistics show that a common trigger is domestic dispute. Out of the 42 cases of acid attacks, 12 stemmed from domestic disputes. Most victims were married women while a small number were divorced. In 13 out of these cases, the perpetrator was the husband. Other family members who were accused of throwing acid included former husband and in-laws. However, there were high incidences of rivals or neighbours throwing acid. -dawn