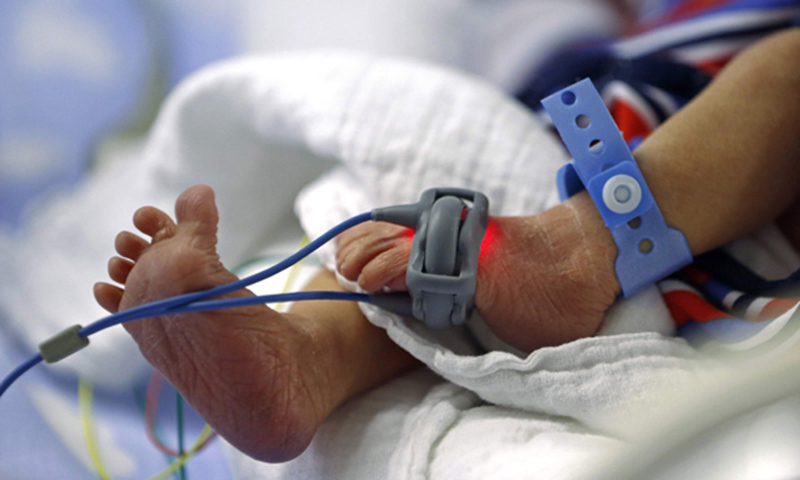 The nursery of the DHQ hospital has 25 beds and five incubators but it had 50 newborns admitted by Friday, with 20 of them in critical condition. Incubators could only be provided to five babies. “It is a tragic incident,” said Dr Nadia Aziz, member of Punjab Hospitals Health Committee. She added that Prime Minister Nawaz Sharif had taken notice of the newborn deaths at the DHQ Sargodha facility and had ordered suspension of the medical superintendent. Dr Aziz said that out of the 19 deaths, the delivery of five infants were carried out by unskilled attendants and  [contentblock id=1 img=adsense.png]   “eight of the newborns had very low birth weight”. “The government is committed to provide better health facilities to the people in public hospitals in Punjab,” she added. It has been alleged that the reason for the deaths was due to absence of facilities, including unavailability of oxygen and incubators shortage, and negligence of the doctors.

The Punjab government had reportedly issued directions to the authorities to provide 20 incubators to the hospital at the earliest. It is reliably learnt the first infant died at 9pm on Wednesday after which the parents of the other newborns kept on asking the administration to call senior doctors but in vein. Some students of the Sargodha Medical College were present in the hospital for treatment of babies but they failed to save their lives due to lack of knowledge and experience. Dr Iqbal Sami , Medical Superintendent of the DHQ Teaching Hospital, said the babies could not survive due to immature birth while some of them had been brought from private hospitals in a critical condition.

He denied the allegations that the infants had lost their life due to negligence of the staff, insufficient arrangements or lack of oxygen. He said a fact-finding committee, comprising Dr Arshad Rauf, Dr Shahid Manzoor and Rabiya Hashim, had been constituted and stern action would be taken against those found negligent. Pakistan Medical Association Sargodha President Dr Sikander Warraich had also refuted the charges of negligence of doctors or staff, saying four doctors were on duty in the nursery during the night shift and catered to the needs of all the babies.

Kenya to Play Five ODIs in Lahore Next Month

Kenya to Play Five ODIs in Lahore Next Month