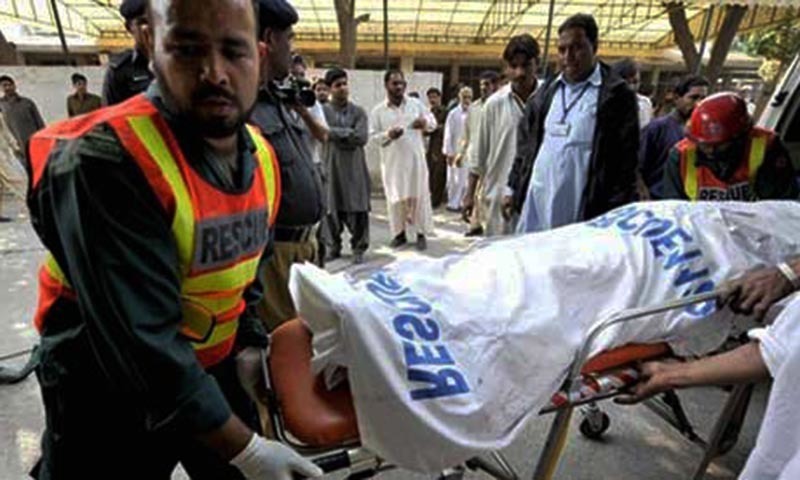 A head-on collision between a passenger van and a motorcyle-rickshaw claimed the lives of four children and wounded six others near Pir Mahal area of Toba Tek Singh on Friday morning. A passenger bus collided with a motorcycle rickshaw which was carrying school children near the Sandhilianwali area in Toba Tek Singh. The collision caused the rickshaw to overturn, killing four school students on the spot. Six others, including the driver of the rickshaw, were injured in the mishap. All students were aged between 8-12 years. Police and rescue teams reached the accident site and shifted the victims to Pirmahal Civil Hospital. Relatives of the deceased children staged a protest on Multan-Faisalabad road blocking the flow of traffic.

Another accident near Taunsa Sharif on the Indus Highway wounded 18 people after the driver of a bus lost control of the vehicle. He was attempting to negotiate a turn at high speed, which resulted in the overturning of the bus. The bus was traveling from Rawalpindi to Dera Ghazi Khan. Pakistan has one of the world’s worst records for fatal traffic accidents, blamed on poor roads, badly maintained vehicles and reckless driving.