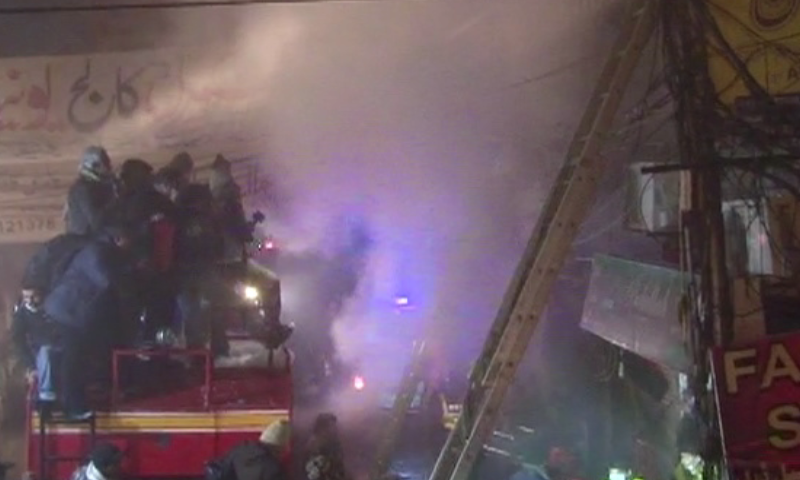 At least 13 people have died while a number of others were injured after a building caught fire at Lahore’s Anarkali Bazaar.

An electrical short circuit in the four-storey building was the likely cause of the fire in the bazaar where electronic items, lighters, and sunglasses are manufactured and sold, officials said. Earlier, the district coordination officer (DCO) confirmed that 12 people had died as a result of the blaze. “Most of the people died as a result of suffocation and not from the blaze itself,” the DCO said. He said the fire enveloped the entire building within “four to five minutes.” Rescue workers said they had pulled out 12 bodies from the building which have been shifted to Mayo Hospital. While speaking to Media, a hospital official said the dead included one woman. The official also said that one injured person was out of danger but had suffered 15 per cent burns on his body.

Meanwhile, Prime Minister Nawaz Sharif expressed grief over the fire in Lahore and extended condolences to the families of those who lost their lives. He also directed the provincial govt to accelerate relief efforts. Punjab Chief Minister Shahbaz Sharif has taken notice of the fire and asked the city district govt to submit a report within 24 hours. -dawn