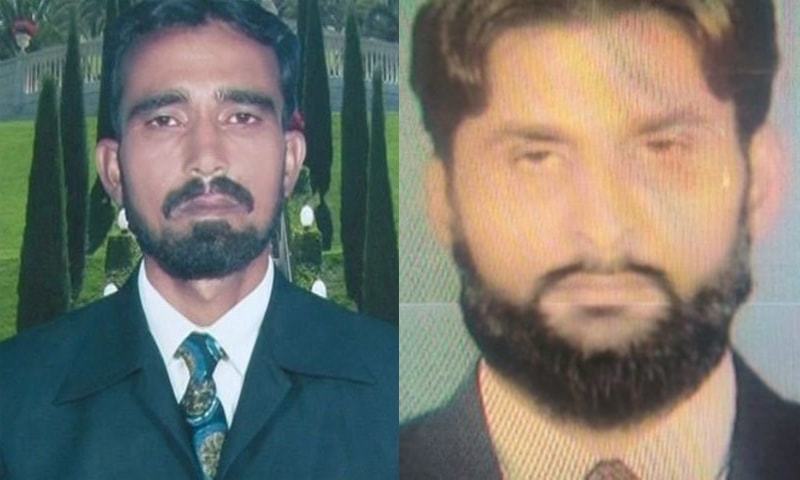 The two men burned to death by rioters after the twin suicide blasts had no affiliation with any militant organisation, police said on Wednesday.

Senior Superintendent of Police (SSP) Investigations Rana Ayyaz Saleem told Dawn that initial inquiries revealed that the two men who were beaten to death and torched by the enraged protesters belonged to working class. “The identity of Naeem and Nauman Babar has yet to be ascertained scientifically. We are awaiting DNA test reports. However, no connection of the deceased men has been found with any banned or militant organisation,” said Mr Saleem. The SSP said that through the internal information channels the police had sent some pictures of the rioters to the National Database and Registration Authority (Nadra) in order to identify the protesters who were involved in torching the men. He said two families had approached the police and claimed that they had recognised the victims lynched by the protesters after watching TV channels.

Answering a question, the SSP said no team had been formed to identify or arrest the rioters involved in lynching the two men and damaging public and private property. No one had been nominated in the six cases registered in the Nishter Colony police station on Tuesday — two for suicide attacks, one each for damaging public and private property besides killing three protesters in an accident. “The state and a brother of Naeem are the complainants in separate cases registered against lynching and burning the two men,” said the SSP. Meanwhile, a youngster who was hit and injured by a speeding car on Ferozepur Road during Tuesday’s protests succumbed to his wounds at the Lahore General Hospital. The victim was identified as Amir, 15, of Yohannabad. The Anjuman-i-Tajran Ferozepur Road announced shutter-down strike for Thursday (today) to protest Nauman Babar’s lynching.