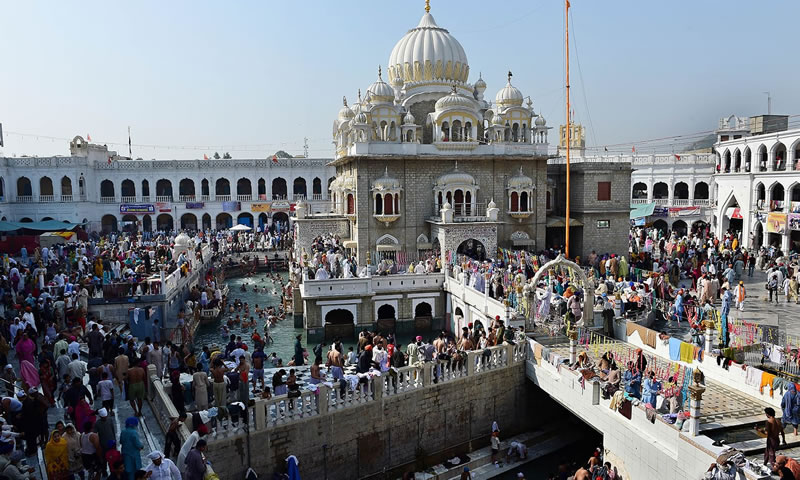 Hundreds of pilgrims gathered to celebrate the Baisakhi festival at the shrines of Panja Sahib and Nankana Sahib, the birth place of Sikh faith founder Guru Nanak Dev. The festival of Vaisakhi – also known as Baisakhi – honours the founding of Sikh community known as the Khalsa. It also marks the beginning of a new solar year and the harvesting season. Around 2,000 Sikh pilgrims from India participated in the festival and an additional 1,500 devotees from the UK, US, Canada and Malaysia also attended the religious celebrations.