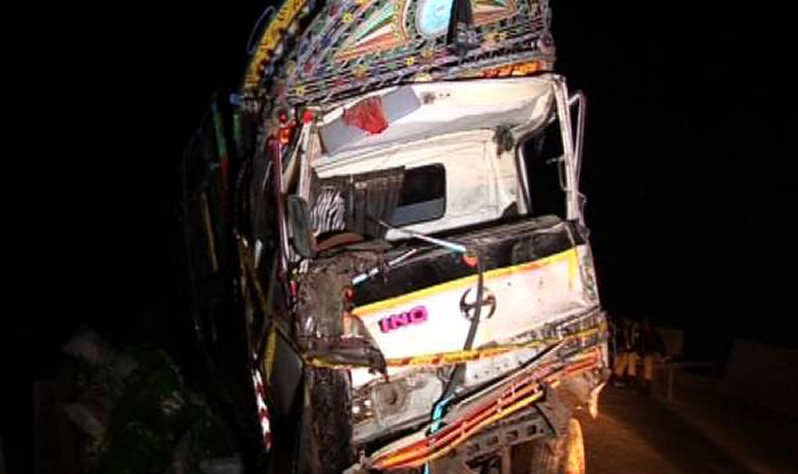 At least six children and their mother were killed and several others wounded when a loaded truck barged into a house located near Jhang area of Pindi Mohalla in today’s wee hours.

According to the Rescue sources, all the deceased are children and the injured include two children and as many women. Taken out from the rubble of the house, bodies and the injured have been rushed to District Headquarters Hospital. The deceased include a mother, her four sons and two daughters.

According to the details, a fast moving truck went out of control while plying on Ring Road Bypas and fell crashing on a rooftop of a house, killing seven children who were sleeping in the house at the time. The truck driver managed to flee the scene. –SAMAA