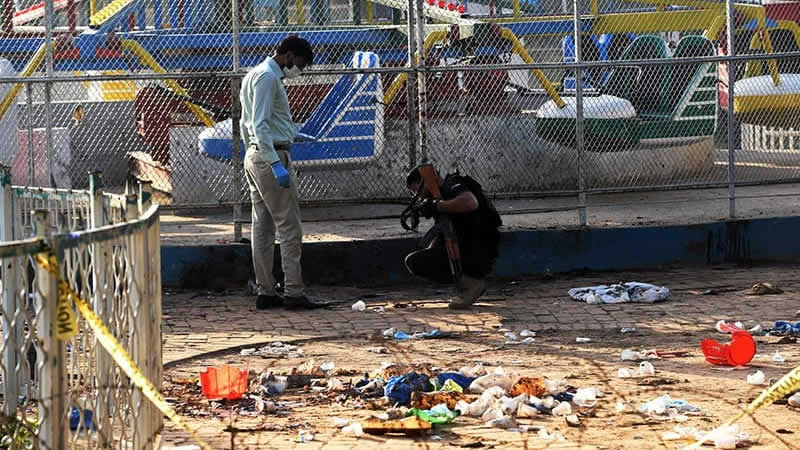 The Army and Rangers will conduct a widespread operation across Punjab to target militants, their facilitators and their hideouts, military sources told Dawn.com on Monday.

Sources said the decision was taken during a high-level military huddle, chaired by Army chief Gen Raheel Sharif at the General Headquarters on Monday.

The crackdown would give paramilitary Rangers extraordinary powers to conduct raids and interrogate suspects similar to those the Rangers have used for more than two years in Karachi, a senior security official based in Lahore told Reuters on condition of anonymity as he was not authorised to share details of the plan. “The technicalities are yet to be worked out. There are some legal issues also with bringing in Rangers, but the military and government are on the same page,” he said. One other military official and two government officials confirmed the decision on condition of anonymity.

Earlier today, Director General Inter-Services Public Relations (ISPR) Lt Gen Asim Bajwa said a number of suspects had been nabbed in five operations across Punjab, without officially saying a widespread operation had been launched similar to those underway in the country’s northwest and Karachi. The operation is continuing with full force, reported Radio Pakistan. A number of “suspected terrorists and facilitators” were arrested during the five raids which were conducted in Lahore, Faisalabad and Multan after the Lahore suicide explosion, said DG ISPR Asim Bajwa.

Read More: Rangers Operation in Punjab on the Cards

He added that a “huge cache of arms and ammunition” were also recovered by security officials. Police was also able to identify the Lahore suicide bomber as Yousuf, son of Ghulam Farid, a resident of Muzzafargarh. Security personnel have been stationed outside the alleged bomber’s house in Muzaffargarh, and police claim to have arrested three members of his family for interrogation, DawnNews reported. Prime Minister Nawaz Sharif, while chairing a high-level security meeting in Lahore on Monday, called for more proactive coordination amongst law enforcement and intelligence agencies against terrorism, Radio Pakistan reported.

He said all provinces must step up intelligence-based operations against terrorists, adding that the goal is not only to eliminate the terror infrastructure but also to get rid of the extremist mindset. Senior defence analyst Hasan Askari, while speaking to DawnNews, said he was of the opinion that the decision to conduct an operation in Punjab was “an outcome of what happened in Lahore yesterday”. “The Punjab government has wanted to spearhead the entire counter-terrorism investigation in the province through the Counter-Terrorism Department. They have said they do not want the Army and Rangers to intervene.” Askari believes a “side has been picked in the argument,” with the Army taking the initiative. “What remains to be seen is whether this is a change of policy or a temporary reaction.”

“If it is a change of policy, then it can make a difference. But if it is a temporary reaction and the Punjab government is not in favour of the operation, then things can get complicated,” Askari said. “Our civilian governments are often hesitant to go after these sorts of groups. These groups are present in Punjab and in other provinces. It isn’t unusual to ask the Army or Rangers to help out with these groups,” he said. But this did not mean that the civilian government’s responsibility had ended, Askari added. Askari said he believed the Army should be summoned, “but what we have to observe now is the nature of the investigation.” “It is possible that this is a temporary reaction to catch the groups, after which the Army will hand matters over to the Punjab government. Or matters could proceed as they have in Sindh, where the Army and Rangers are playing a foundational role in investigating terrorists,” he said.