Over Dozen Vehicles Collide Due To Smog; 24 killed 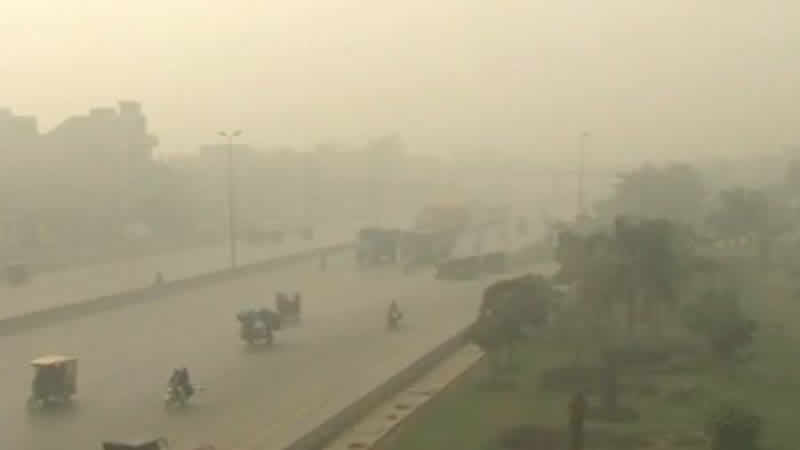 Over dozen vehicles collide due to smog; 24 killed

At least 24 people were killed and more than 100 others injured in separate road collisions, including one on Islamabad-Lahore Motorway where seven trucks, two coasters and two cars rammed into each other due to dense smog that engulfed Punjab.

In the first incident, as many as 19 faithful of Misri Banda, Akora Khatta – en route to Raiwind for a religious congregation died in a collision of buses near Hafizabad. Due to dense smog in the area, the leading bus collided with a trolley and afterwards the following buses rammed into each other, killing 19 passengers and injuring 71 others. The injured were shifted to the Pindi Bhattian Hospital, where 32 of them were discharged after medical treatment.

According to sources, 12 are stated to be in a life-threatening situation. Meanwhile, a woman and her son were killed when their car collided with another vehicle due to low visibility on the motorway near Faisalabad. The deceased were identified as Afia Iqbal and Maalik. The bodies were handed over to their heirs after medico-legal formalities. Read More: The Fundraisers Bargain Basement Sale 2016

In yet another fatal accident on the National Highway near Bahawalpur, a truck collided with a van, which resulted in the death of at least three people and injuries to scores of others. Some of the injured were said to be in a precarious condition. Due to heavy smog and resultant accidents, sections of the motorway have been closed. dailytimes