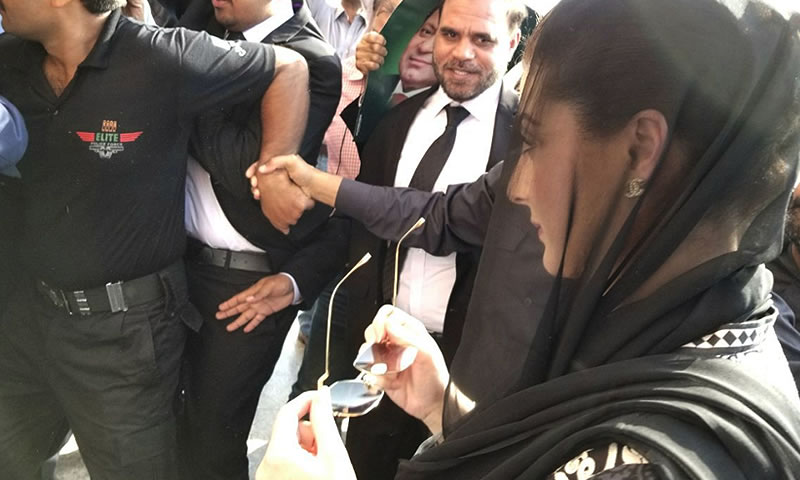 Maryam Nawaz, daughter of ousted prime minister Nawaz Sharif, and her husband retired Captain Muhammad Safdar appeared before an accountability court in Islamabad on Monday in connection with a reference prepared against them by the National Accountability Bureau (NAB).

Maryam arrived at the court amid tight security Monday morning, accompanied by senior PML-N leaders and ministers. Her husband, who was taken into custody by NAB upon his arrival to Pakistan, was brought to the court later. The son-in-law of Nawaz Sharif and his wife had arrived from London on Monday morning to appear before the accountability court in connection with the NAB reference pertaining to London properties owned by the Sharif family. During the hearing, PML-N leader Dr Tariq Fazal Chaudhry submitted surety bonds worth Rs5 million on behalf of Maryam.

She was also provided a copy of the NAB reference along with relevant details. After hearing arguments from the prosecution, the court accepted bail of both Maryam and her husband. The judge ordered NAB authorities to release Capt Safdar after he too submitted surety bonds worth Rs5m. The judge also barred Capt Safdar from leaving the country without the court’s permission. The couple separately left the court after acceptance of their bail.