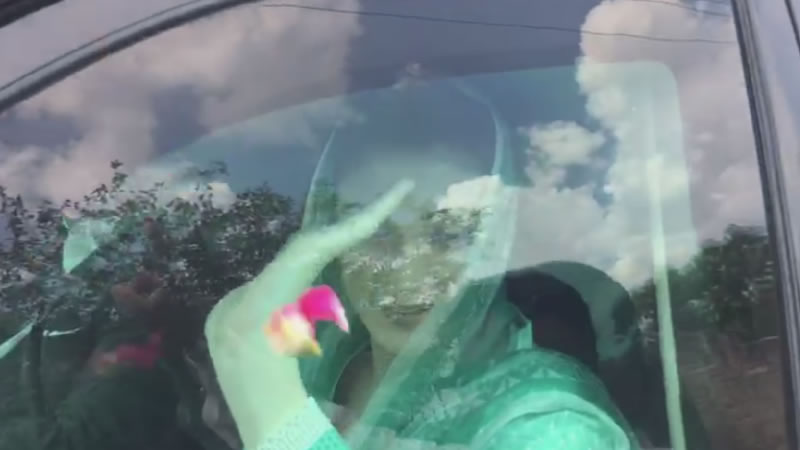 PML-N Punjab President Rana Sanaullah Sunday said that investigative and forensic experts have been hired to carry out testing of party vice president Maryam Nawaz’s car after she accused police of firing tear gas shells and pelting her car with stones, ahead of her visit to the National Accountability Bureau’s (NAB) Lahore office earlier this week, a private TV channel reported.

Maryam had been summoned to the NAB’s office in Lahore to respond in a case of alleged illegal transfer of government land but was forced to turn back after police and PML-N supporters engaged in violent clashes.

While the PML-N vice president blamed NAB and the police for resorting to violence, Punjab Police said that the PML-N workers were responsible for taking the law into their own hands. Maryam had claimed the incident was ‘state-sponsored terrorism’ but the anti-graft watchdog labelled it unparalleled ‘hooliganism’ by the PML-N.

Speaking to a private TV channel via phone, Sanaullah said it seemed that shots were fired at the PML-N leader’s car ahead of the NAB hearing but that experts have been hired to conduct a forensic test. “It seems as if bullets were fired at Maryam’s car,” said the former Punjab law minister.

Investigative experts have already inspected Maryam’s car, he said, adding that legal action will be taken against whoever was found to be involved in the act. “If Maryam Nawaz’s car was not bulletproof, there could have been a tragedy,” the senior PML-N leader noted.

Another footage from the same day showed what appeared to be PML-N workers loading rocks in plastic bags onto a double cabin vehicle. The provincial government said that the video was proof of the PML-N’s intention to cause anarchy and clash with police. Maryam denied the accusations.

Maryam had said following the incident that the government was ‘afraid of losing grip on power’, while the government had responded by claiming the violence was initiated by the PML-N, which it said had a history of launching attacks against law enforcement agencies. The NAB had explained that it had never in its 20 years of existence experienced such hooliganism whereby its offices were vandalised.

In a press conference later in the day, the PML-N vice president had said, “I saw for the first time stoning, NAB’s thuggery, and tear-gas shelling but the workers remained steadfast. Pervaiz Rasheed was in the car with me. He told me that it was a bulletproof car otherwise the stones and bricks would have hit my head.”

Two days later, however, police had booked Maryam, her husband, Capt (r) Safdar, and 188 party workers after the clashes outside the NAB’s office. Authorities had said the case was registered at the Chohang police station on behalf of the anti-corruption body’s officials.

Apart from the PML-N VP and her husband, Sanaullah, Pervez Rashid, Zubair Mahmood, Javed Latif, Daniyal Aziz, and Pervez Malik were also named in the first information report (FIR). Police had further said a case was registered against 300 unidentified persons, including 188 PML-N workers, which included violence against police personnel. At least 13 police officers were injured in the clashes, they claimed.