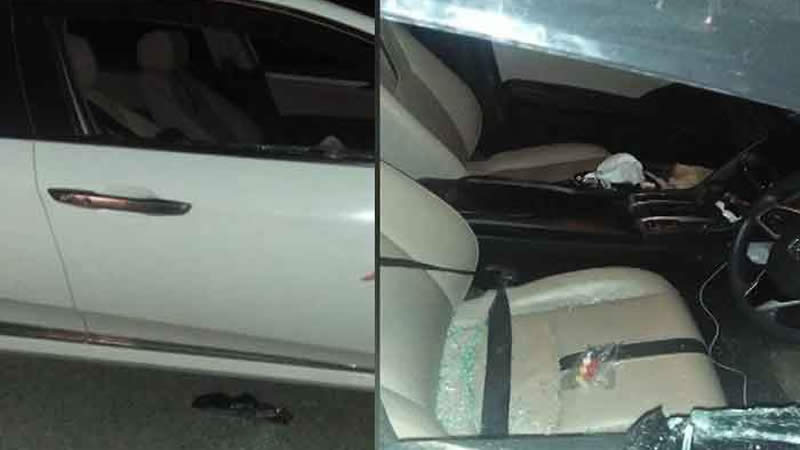 One of the two men believed to be perpetrators of the shocking gang-rape on Lahore-Sialkot motorway last week has been arrested and he has confessed to his crime, Punjab Chief Minister Usman Buzdar announced on Monday.

Taking to Twitter, the chief minister also confirmed that the DNA of suspect Shafqat Ali had matched with the samples collected from the crime scene.

He added that the other suspect, Abid Ali, would also be rounded up. “Our entire team is continuously engaged in efforts [and] suspect Abid Ali is expected to be arrested soon.”

Shafqat was arrested by the Anti-Organised Crime Cell of the CIA from the Depalpur area after being identified by Waqarul Hassan — one of the two men earlier named as suspects by the police. Shafqat has been transferred to Lahore. According to police, he already has a criminal record.

Punjab police chief Inam Ghani said Shafqat was arrested with the help of scientific analysis and forensic evidence collected from the crime scene.

“Shafqat Ali, son of Allah Ditta, is a resident of Haroonabad, a small town in Bahawalnagar district,” the official tweeted, adding that police were “working day and night” to arrest the other suspect, Abid Ali.

According to police, Shafqat and Abid are friends and residents of Bahawalnagar.

Waqarul Hassan had surrendered himself to the police on Sunday and claimed that he was innocent.

He told the police that his brother-in-law Abbas, who was using his SIM card, knew Abid, the primary suspect.

He further disclosed that Abid was involved in criminal activities and working with a man named Shafqat.

Abbas, a resident of Sheikhupura, told the investigators that he was using a SIM card registered in Hassan’s name and that he had contacted Abid around 10 days ago.

However, he denied his involvement in the heinous crime and expressed his willingness to present himself for interrogation at any forum.

He further claimed that he worked with Abid in a steel factory and had no other connections with him.

On Saturday, the Punjab police chief had revealed that the main culprit in the case, Abid Ali, a resident of Fort Abbas in Bahawalnagar, was also involved in a similar case registered in 2013. He added that the police had obtained his phone calls history and that had led them to Waqarul Hassan, a resident of Ali Town in Sheikhupura. The Punjab chief minister had announced a head money of Rs2.5 million on each of the suspects.

The horrific gang-rape of a woman in front of her children on Lahore-Sialkot motorway on Wednesday night shocked the entire nation and triggered countrywide outrage.

The appalling incident set off a debate on mainstream and social media on behavioural tendencies and the alarming rise in the cases of sexual violence in the country as well as the inability of the law enforcement mechanism to provide security to citizens as even a drive on a motorway can prove to be perilous.

The woman was travelling with her children when their car stalled in Gujjarpura as it ran out of fuel.

She called her relative and sent him her location on the motorway. When the relative reached the location, he saw the woman panic-stricken and blood stains on her clothes. The windowpanes of her vehicle were also broken.

The woman told the police that she was waiting for her relative to pick her up and her children when two armed men attacked her. One of them struck the car with clubs and the other held them hostage at gunpoint.

The attackers then took her and the children to a nearby forested area where they gang-raped the woman.