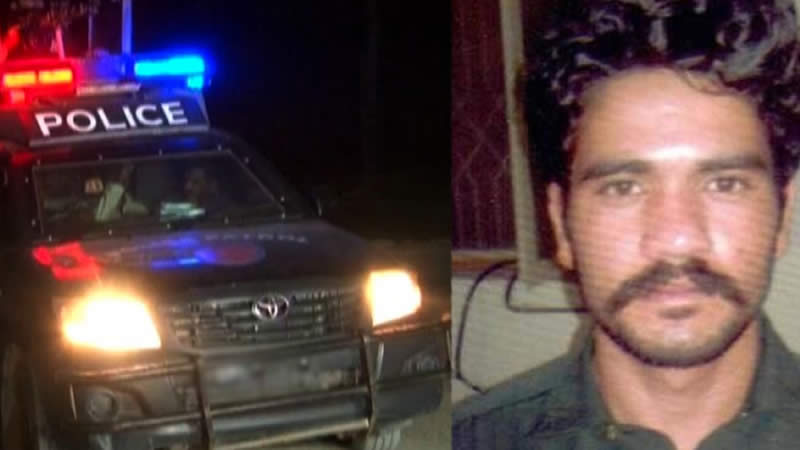 In a major breakthrough, the Lahore crime investigation agency (CIA) police on Monday finally arrested Abid Malhi, the prime suspect in the Lahore-Sialkot Motorway gangrape case, from Manga Mandi, some 33km from here.

The incident had sparked countrywide outrage in which a mother of two was gang-raped off the motorway on Sept 9 in front of her children after her car ran out of fuel on way to Gujranwala late in the night.

The arrest came after the police, as a strategy, released Malhi’s parents, brothers and wife, allowing them to use their old mobile phone SIMs to trap him.

He said the police’s special teams that were on high alert, traced Malhi’s call. He said the location of the caller was Faisalabad, where the suspect had been hiding.

The DIG said during the conversation, Malhi’s mother told him that she along with other family members had been released by the police. At this, Malhi expressed his desire to meet her at Manga Mandi, Mr Sukhera said, adding the suspect reached the house of his mother as per their plan.

Mr Sukhera said as soon as Malhi entered the house, the police teams, which had already been deployed there, raided the premises and arrested the suspect without facing any resistance.

He said the other suspect, Shafqat, whose arrest by the counter terrorism department (CTD) was announced by Punjab Chief Minister Usman Buzdar, had already been sent to prison on a 14-day judicial remand by an anti-terrorism court (ATC) in Lahore.

Malhi’s arrest was also confirmed by prime minister’s special assistant Shahbaz Gill through a tweet. Mr Gill pledged the suspect would be punished according to law.

Sources said the suspects’ DNA test had already been conducted thrice and the results had matched with the samples of the rape victim. However, they said, the test would be conducted again before further proceeding in the case.

According to police, Malhi had managed to escape when the personnel of the law enforcement agencies carried out intelligence based operations in Kasur, Sheikhupura and Nankana Sahib to arrest him.

According to the police reports, Abid Malhi and Shafqat Ali had planned to rob citizens near Krol Ghati jungle in the wee hours on Sept 9, where they spotted a woman sitting in a car parked on motorway along with her children.

She had parked the car on the motorway at 1:30 after it ran out of fuel on her way to Gujranwala from Lahore and contacted a relative (in Gujranwala), besides calling on police helpline. The motorway police refused to help her taking an excuse that the area didn’t fall in their jurisdiction, leaving the woman helpless on the road.

Meanwhile, both the criminals approached the vehicle, smashed its windowpanes and then dragged the woman and her children down to the jungle where they gang-raped her at gunpoint.

Later, Dolphin Squad personnel reached the spot on being informed by a passerby about a car parked along the motorway with its windowpanes smashed.

They fired warning shots in the air and then found the terrified woman crying in nearby jungle. Both the suspects fled the scene after hearing the gunshots.

Later, the reports said, the DNA samples collected from the survivor were sent to the Punjab Forensic Science Agency lab that confirmed the involvement of the two hardened criminals — Shafqat Ali and Abid Malhi in the gang rape.

An FIR of the incident was lodged with the Gujjarpura police under various sections of the Pakistan Penal Code and the Anti-Terrorism Act (ATA).