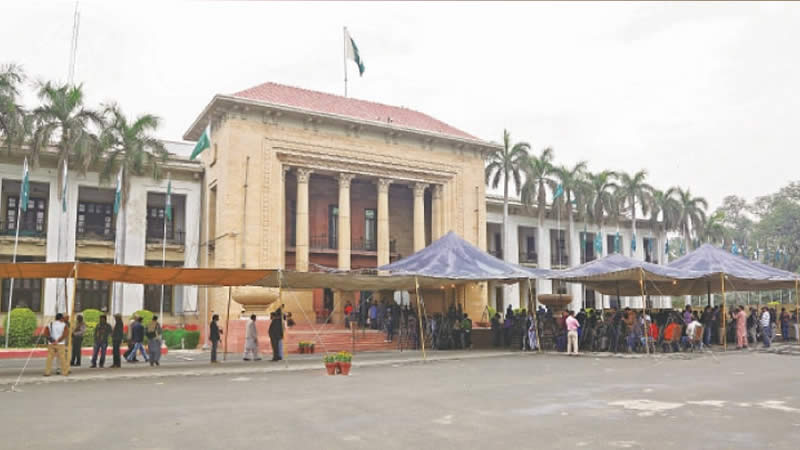 There will be no polling for the 11 Senate seats from Punjab as all the candidates for three categories — seven general and two seats each reserved for women and technocrats — stand elected unopposed after disqualification or withdrawal of papers by other contestants.

Five seats each have gone to the ruling Pakistan Tehreek-i-Insaf (PTI) and opposition Pakistan Muslim League-Nawaz (PML-N), while one has been grabbed by the PML-Quaid, an ally of the PTI.

A close aide to Punjab Assembly Speaker Chaudhry Pervaiz Elahi gave credit to the latter for playing a key role in convincing all the parties — PTI, PML-N and PPP — for withdrawing candidatures of their respective hopefuls over and above their numerical strength needed to win the Senate seats. A final decision in this respect was taken at the business advisory committee of the provincial assembly when it met for the previous session, he claimed.

Those elected unopposed on seven general seats of the upper house of parliament are Saifullah Sarwar Khan Nyazee, Aon Abbas and Ejaz Ahmad Chaudhry of the PTI, Afnan Ullah Khan, Prof Sajid Mir and Irfan-ul-Siddiqui of the PML-N and Kamil Ali Agha of the PML-Q.

A spokesperson for the Election Commission of Pakistan said that a notification for the senators elected unopposed would be issued after the March 3 polls for Senate seats in other three provinces and the federal capital.

Nominations of PML-N’s Pervaiz Rashid and PTI’s Robina Akhtar for general seats and PTI’s Neelam Irshad Sheikh for women seats had been rejected during scrutiny on February 18.