by Top
in Business, Punjab
0 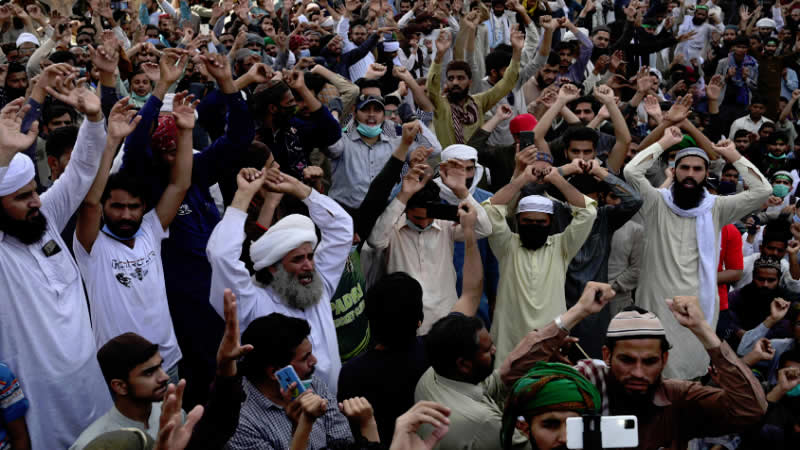 The Counter Terrorism Department of Punjab is all set to launch a crackdown after it traced country-wide 328 big financiers of the proscribed Tehreek-i-Labbaik Pakistan (TLP).

Most of them are businessmen, industrialists and traders, hailing from major business hubs like Karachi, Lahore, Faisalabad and Gujranwala, a senior official told Dawn on Thursday.

He said the TLP was also getting a huge share of funding from south Punjab where 72 financiers were supporting the banned religio-political party.

He said they had been funding the banned outfit to run anti-government protests, campaigns and other such moves since its formation. The CTD was also considering a proposal to check international funding to the TLP.

He said the CTD was presently getting details of bank accounts and mode of transactions of the outfit which managed expenses worth millions to hold the recent country-wide violent agitation.

The official said the CTD had traced an organised network of the financiers after the federal government slapped a ban on the TLP and the provincial authorities lodged over 54 cases against its central, regional and district command under the Anti-Terrorism Act.

He said after the ban, the organisations, individuals and all others had strictly been prohibited from providing any financial assistance to the TLP.

He said the CTD expanded the scope of investigation when it traced TLP-owned large-scale network of luxury vehicles, transport and other logistics which were used for the movement of its leaders and supporters.

The data obtained from the call records and the information gleaned from those arrested in the criminal cases made stunning revelations of the organised network of financing/funding of the organisation.

The law-enforcement agencies were rather surprised to find out the uninterrupted supply of food and other such items to thousands of TLP protesters during sit-ins all over the country.

“The CTD has identified and prepared a list of 328 big businessmen, industrialists and traders with complete particulars including name, kind of business they were running and the mode of transaction of the money,” the official said.

Of them, he said, the CTD Punjab traced 54 from Lahore, 46 from Gujranwala, 45 from Faisalabad, 37 from Karachi, 27 from Sargodha, 25 each from Multan and DG Khan, 24 from Rawalpindi, 23 from Bahawalpur and 22 from Sheikhupura.

He said various CTD teams had been formed to launch a crackdown for the arrest of the identified financiers.

“As many as 213 central, regional and district leaders, activists and supporters have been placed under the 4th Schedule, a power delegated to the province by the federal government during recent operation launched against the banned TLP”, the official said.

To a question about the press conference of TLP’s leaders being members of the proscribed party, he said it was a blatant violation of the law of the land and the Punjab authorities had taken strict notice to the effect.

“It is an attempt to make mockery of law by the TLP members who were bound to follow the government instructions after the ban”, he said adding that the CTD had decided to take legal action against the violators.

Actor Sumbul Shahid passes away after battle with Covid