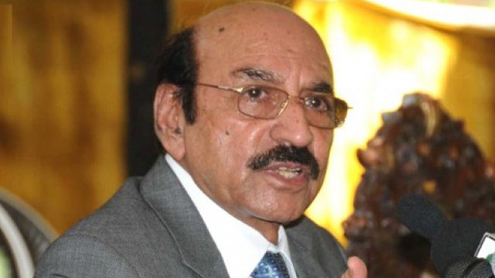 Sindh Chief Minister Qaim Ali Shah paid a surprise visit to CM Secretariat on Monday morning to see the performance, discipline of staff and maintenance of cleanliness within their offices.

“The government has given top priority to maintaining law and order, improving the standard of health, education and to protect lives and properties of the people. I would pay surprise visits to other offices too, especially those responsible for maintaining law and order in the country. Those found absent, irregular or defaulters will be taken to task,” he said.

Directing officers to expedite development works, Shah asked not to compromise on standards, for which as many as Rs 215 billion are being spent during the current financial year 2013-14. Special assistants Rashid Rabbani and Waqar Mehdi, principal secretary to the chief minister, Naveed Kamran Baloch and secretary Universities and Boards Dr Riaz Memon among other officers accompanied the CM. -Dailytimes