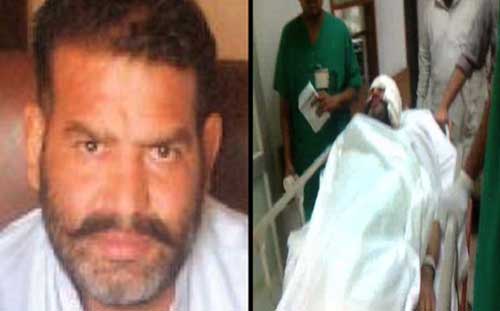 According to initials details, Tanoli’s house was the target of the blast. The former SHO has been targeted at least seven times before. One of Tanoli’s brothers, Rasheed, told the media that his uncle and cousin were among the deceased as well. Tanoli’s family members had bear the brunt of his work in the past. Tanoli’s younger brother, Naveed, was killed the same day when Tanoli, the then SHO of Supermarket Police Station, had arrested the murderers .

The injured, which also include Tanoli’s family members, were taken to Abbasi Shaheed Hospital. Rescue teams and the police have reached the site of the explosion and a shop was destroyed in the blast as well. The man, who was always determined to fight violence, joined the police force in 1989 when he was in his early twenties. He was also active during the army operation in the 1990s – a time when officers were scared to mention they were from the police force. Tanoli had also worked for the CID, and was involved in the arrest of Lyari’s Arshad Pappu, inviting the wrath of his followers. He had been attacked twice in Pak Colony, twice in Mauripur, once each in Liaquatabad, Sachal and Old Sabzi Mandi.-tribune

Kim Kardashian’s favourite Celeb IS on the Cover