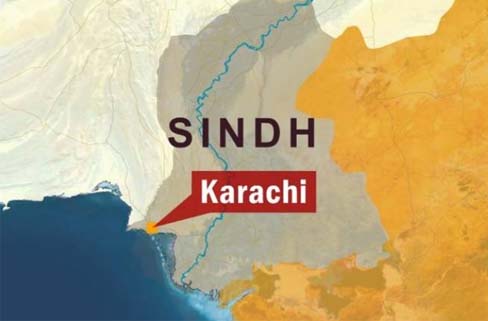 An explosion took place near a mosque in Delhi colony area of Karachi killing at least four persons and injuring more than 20 others. Emergency and security teams reached the blast site.

DIG South Khaliq Sheikh said that blast was carried out through a bomb planted on a motorcycle. Provincial Information Minister Sharjeel Memon talking to media persons at the blast site confirmed that four persons had died in the explosion. He also said that three government vehicles were damaged in the attack and that these vehicles were the apparent target of the blast. The information minister said that there had been an escalation in such incidents after the expiry of ceasefire announced by the Tehreek-i-Taliban Pakistan (TTP).

The blast shattered the windows of several nearby buildings, damaged motorcycles, completely destroyed a vehicle bearing a government number plate. The casualties were shifted to the Jinnah Postgraduate Medical Centre. According to initial reports, the blast took place near the location of a carpet showroom in the area which was situated between two mosques. Other eyewitness reports said that the explosion occurred when people were leaving the mosques after offering Friday prayers. A huge plume of smoke was also visible above the area, following the blast. Security personnel cordoned off the area as a search operation went underway. Chief Minister Sindh Qaim Ali Shah has requested the IGP for a report on the incident.