Bilawal Zardari Apologizes to Sympathizers For Past Mistakes 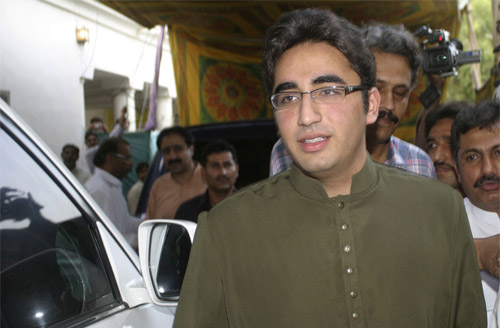 PPP Chairperson Bilawal Bhutto Zardari today tendered an apology to PPP sympathizers after being let down by the party for any reason.

In an emphatic appeal to supporters, Bilawal admitted that PPP had made mistakes in the past.

“To those whose heart beats with the PPP but feel let down for any reason; first of all, allow me to apologize personally for letting you down. We do not claim to be perfect, we acknowledge mistakes have been made in the past and are committed to reforming and re-earning your trust,” he said.

“In the interim period, if you are considering supporting another political party, please choose wisely. Do not punish Pakistan or its democracy for my shortcomings. Please do not support anti-democratic parties or political parties who appease extremism.” Zardari said that Pakistan has enough right wing, dictatorship-loving & TTP-appeasing political parties. “If you are frustrated with the party, I would like to suggest more productive ways to do legitimate opposition.

The PPP is a democratic party and all internal dissent is welcome.” He said that the best way to influence the PPP party policy was to join us, and bring change to both the party and the country from within. “If party policy is unacceptable to you, and you are considering joining another party, I would suggest joining pro-democracy and pro-people political parties in Pakistan.” He said that PPP welcomes encourages other left wing political parties to join the political process.

“In fact, if any former sympathizers are looking to attend a political event today I would suggest attending the AWP Congress in Islamabad. No one can claim to have once supported SZAB or SMBB but today support either dictatorship or extremism.” “I look forward both to earning your trust and proving that the Pakistan People’s Party is the only party that can deliver us a peaceful, prosperous and progressive Pakistan.” – SAMAA