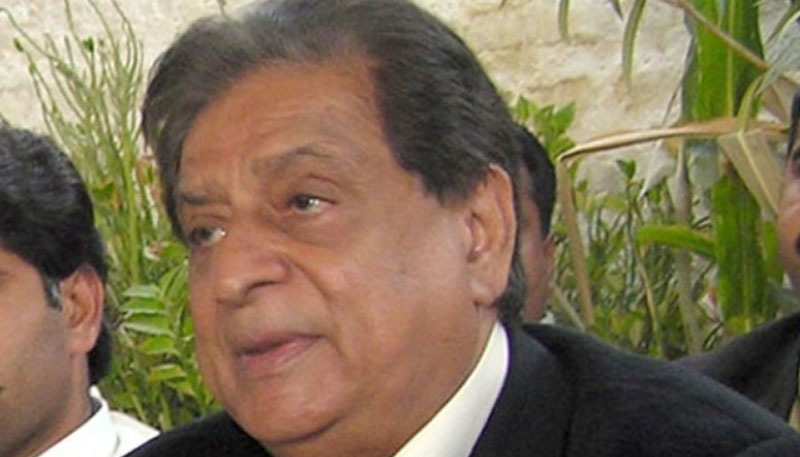 Liaquat Ali Khan Jatoi, a former chief minister of Sindh who had contested general election on a PML-N ticket for a provincial assembly seat and lost to his PPP rival Parveen Aziz Junejo, was declared winner by the Election Tribunal Karachi on Wednesday.

The tribunal headed by a former judge of the Sindh High Court, Dr Zafar Ahmed Khan Sherwani, termed the election of the PPP candidate void and ruled that it could be held “without any doubt that the election of the returned candidate has been procured by the corrupt practice”. Mr Jatoi, who had polled 22,803 votes, had challenged the election of Ms Junejo to the PS-76 (Dadu-III) who had bagged 56,938 votes. Mr Jatoi submitted in his appeal to the tribunal that the entire election process in the constituency was rigged and engineered because the PPP had been in power before the caretaker setup. He said the PPP candidate had got police officers of her choice posted in the Khairpur Nathan Shah, a taluka of Dadu district, who helped her thoroughly in electioneering.

He also alleged that sub-divisional education officers were close associates of the PPP candidate who were instrumental in the appointment of polling staff favorable to her and her party’s candidates in NA-233 and PS-76 constituencies. Similarly, the petitioner said, two different heads of the Chandio tribe brought proclaimed offenders in the constituency to help run her electioneering. He alleged that on the polling day the armed associates of the PPP candidate removed forcibly his polling agents from many polling stations, particularly from polling stations 35, 104 and 120. Similarly, Mr Jatoi said, in the absence of Rangers and armed forces and his agents,

Who had earlier been removed and manhandled, his rival and her agents committed bogus voting at the 42 polling stations mentioned in the petition. He said that when the presiding officers counted votes at different polling stations, his votes which had been excluded from the count were not even shown to his agents. Mr Jatoi alleged that the PPP candidate managed to procure hundreds of ballot papers’ books and stamps which were later used to cast illegal votes with the connivance of a bank manager and a police official. They were later arrested by police on a complaint lodged by his chief polling agent, he said.

The petitioner said the election material with the ballot boxes was secured and an FIR was registered at the Mehar police station but police did not show the recovery of 300 to 400 ballot papers’ books in the recovery memo. He, therefore, requested the tribunal to declare the election of the PPP candidate as void. The tribunal observed that “it can be held without any doubt that the election of the returned candidate has been procured by the corrupt practice as defined in Section 78(2) r/w Section 81(1)(a) and (b) of the People’s Representation Act which relate to use of undue influence by any person to vote or refrain from voting at an election directly or indirectly by the returned candidate himself/herself or by any other person on his/her behalf who makes or threatens to make use of any force,

Violence or restraint or inflicts or threatens to inflict any injury or damage, harm or loss.” It ruled: “Hence the election of the returned candidate is declared as void as provided in Section 68 (1)(c) of the Act. The petitioner being the runner-up candidate and has so claimed to be declared as elected and this tribunal is satisfied that he is entitled to be declared as such under Section 69 of the Act and therefore declared accordingly. Consequently, this petition is allowed with costs.” The tribunal ordered its office to inform the election commission to issue a notification in this regard under Section 72 of the Act.