Kalabagh Dam Will Not be Forced on Sindh: Imran Khan 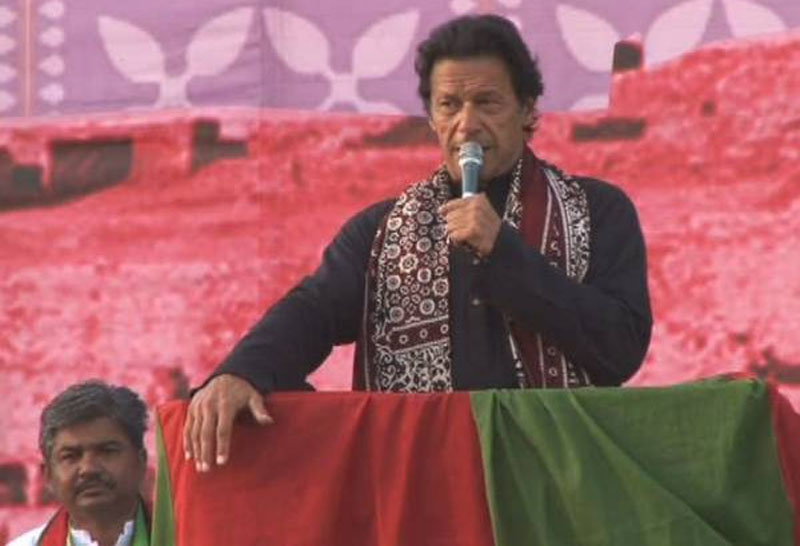 Pakistan Tehreek-e-Insaf (PTI) Chairman Imran Khan pledged that Kalabagh dam would not be built without the consent of Sindhis. Addressing a massive gathering on Friday, Khan said that no water reservoir will be made in Pakistan unless people of Sindh are taken into confidence. “I ask that PPP has been ruling Sindh for the last 25 years. What have they done for the province.” “We won’t allow the division of Sindh province,” he said. “I promise we will bring a justice system in Sindh that the poor will be able to stand up to rich feudals without fear,” he said. Referring to the harees of Sindh, he said it is my duty to make sure they are given their due rights, that they are treated as human beings. Khan also expressed his support for the religious minorities.

“I am ashamed that our Hindu community in Sindh is moving to India due to injustices on their community.”= The PTI chief said that people of Sindh were sitting on the top of (coal) black gold. He said that Tharparker, where kids are dying today, was blessed with coal worth Rs 180 billion. Employment would be provided to people through good governance. He said ‘Go Nawaz Go’ means go tyrant system go, which is supported by both Zardari and Sharif.

He said that effective local government system would be introduced in Sindh to set up new schools and health facilities. “It is your right to get justice. Six millions kids are out of school in Sindh today, are you getting treated in hospital?” He said that out of three ghost schools, every two exist in Sindh. – SAMAA

12 Stunning Autumn Before and After Transformations

12 Stunning Autumn Before and After Transformations