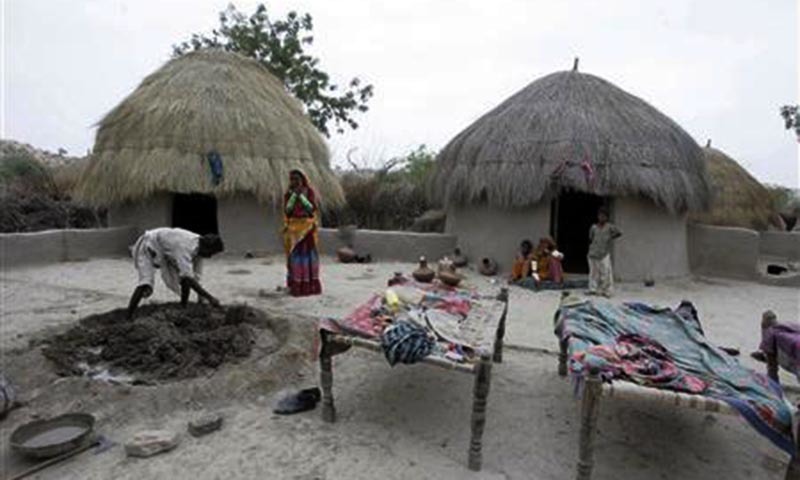 People in the drought-hit parts of Thar suffer a lot mainly due to unavailability of proper medical facilities and potable water as the federal and provincial governments drag their feet in filling vacant posts of doctors and releasing funds for water supply schemes, it emerged on Tuesday. According to a report of the district and sessions judge of Umerkot on the situation in the affected areas, patients are suffering a lot due to unavailability of the civil surgeon, physician, pathologist, skin specialist, gynaecologist, radiologist and other health specialists. The report was prepared and submitted by the district judge on orders of the Sindh High Court that has been time and again asking the provincial and federal governments to take effective and practical steps to control the situation in the drought-hit areas of the desert. Several people, mostly children and women, have died due to a lack of food and medical facilities.

A set of constitutional petitions were filed by different NGOs seeking the court’s intervention to ameliorate the situation. The petitioners pleaded with the court to take action against the authorities over their failure to provide relief and health facilities to the people of drought-hit Tharparkar. The district judge in the report quoted local authorities as telling him that the post of doctors and specialists at the district hospital had been lying vacant since 2007, while an X-ray machine had been out of order for the past two years. He stated in the report that low-quality medicines were available at all government hospitals and health centres in the district.

The judge said that the provincial government did not make any serious efforts for filling the vacant posts of doctors, paying compensation to drought victims and releasing funds for the potable water supply schemes in the famine-hit areas. He informed the high court that several posts of doctors, civil surgeons, gynaecologists, paediatricians and other medical specialists were lying vacant in Umerkot hospital as only 130 doctors were serving against the sanctioned strength of 401. The district and sessions judge, who visited the district hospital in Umerkot along with other judges, said that 23 children were found under treatment at the facility, there was no paediatrician posted there. -dawn