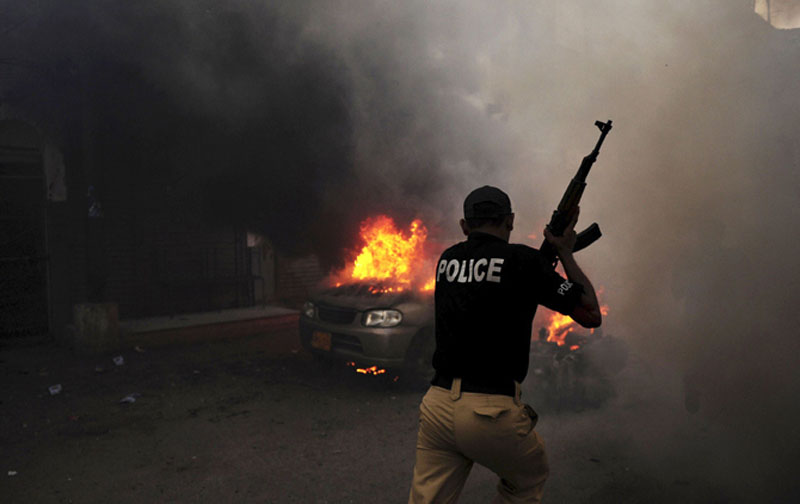 As many as 2,909 people, including women, children, suspects and law-enforcers, were killed in the city in 2014, said a report prepared and released by the Human Rights Commission of Pakistan on Tuesday. The HRCP report said that while the law enforcement agencies killed 594 suspects in the city during Jan-Dec 2014, some 142 law-enforcers were also killed in the metropolis in the one-year period. The report said 134 political activists were killed during the year, while 340 bodies were found in different city areas. It said that 661 people were murdered for no political reasons. As many as 120 people were killed on sectarian grounds, 89 were targeted by some banned outfits, 70 people were abducted and killed and 28 people lost their lives in bomb blasts. Some 87 people were killed in the Lyari gang warfare, it added. The report stated that 457 and 135 suspects were killed in encounters with police and Rangers, respectively, while police torture killed two during the Jan-Dec period.

Six women fell victim to the karo kari, or the killing in the name of so-called honour. Four men were also killed in the same category. The highest number of killings reached to 281 in the month of March, while the lowest figure of killing was 187 in the month of December, said the HRCP report.