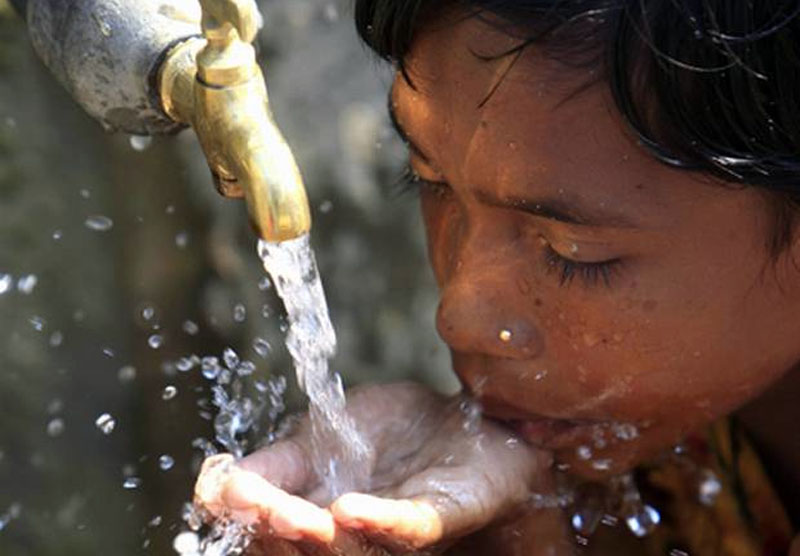 Groundwater samples taken from some areas of Ibrahim Hyderi and Rehri Goth have been found to have high concentration of arsenic, according to a recent study conducted at the Pakistan Council of Scientific and Industrial Research (PCSIR). The study titled ‘Health hazards among coastal villagers of Pakistan due to arsenic contaminated drinking water’ went online last month after its publication in an international magazine Journal of Water Resource and Protection. The study was conducted in six coastal villages where the population had signs and symptoms of skin diseases often caused by continued exposure to arsenic. The selected villages were Ibrahim Hyderi, Rahri, Chashma, Mubarak, Faqeer Mohammad and Gul Hasan along Karachi’s coast. Water sources included both piped and underground. Urine, nail and hair samples were also studied. According to the results of the four-year study, 10pc of groundwater belongs to either alert or toxic categories and most of the water samples appear to be reasonably hard with respect to total dissolved solids (TDS). “A comprehensive analysis of arsenic in groundwater has showed that the concentration of the chemical was high (greater than 10 parts per billion) at least at two locations namely Ibrahim Hyderi and Rehri Goth. The prolonged use of arsenic contaminated water may cause adverse effects on consumers’ health.

“However, the distribution of arsenic appears to be symmetric due to the closeness of mean and median values. Arsenic was analysed in the range of (0.16-10.0ppb) in the collected water samples. Water samples were, therefore, found to be safe according to all existing drinking water guidelines,” it says. Most of the groundwater samples did not meet the WHO maximum permissible limits of drinking water with reference to total dissolved solids (TDS) and, thereby, had deteriorated water quality. Almost 76pc samples were found to be affected due to the presence of high dissolved contents ranging from 30,00 to 12,200 ppm due to high salinity in this region. Most water samples were weakly alkaline, which is understandable since villages are located near the sea. It was noticed that the highly underground saline water was used for purposes other than drinking due to its undesirable saline taste,” the study says. Under the research, it was observed that most residents of the six studied villages were suffering from melanosis (a form of hyper-pigmentation due to increased melanin), leuco-melanosis (pigmentation and depigmentation side by side), keratosis (skin growth), hyperkeratosis, non-pitting oedema, gangrene (a potentially life-threatening condition that arises when a considerable mass of body tissue dies) and skin cancer that, the study says, might be due to arsenic contamination in the drinking water.

Studied subjects were seriously affected due to paralysing lower limbs, arms and other body parts, which was believed to be the most prominent health hazards of arsenic. The majority of victims were found to be children. This community problem demands proper attention and extensive research for improving the quality of life of these villagers, the study says. According to the study, elevated exposure to inorganic arsenic is associated with cancers of skin, bladder, and lungs, reproductive and developmental problems, cardiovascular diseases, and skin lesions. It refers to the Lyari Community Hospital (LCH) data that identified 1,000 patients with arsenical skin manifestations.

The Medical Unit II, Jinnah Postgraduate Medical Centre, has listed 150 arsenicosis patients while the Centre of Environmental Studies at the PCSIR, Karachi, has investigated 100 arsenical skin lesions patients over the last five years. “There is a need for a detailed research to establish a direct link between these diseases and high exposure to arsenic. During our research, we found that people with high levels of arsenic were the ones suffering from diseases which are known to be caused by increased exposure to arsenic,” said Dr Syed Sanwer Ali, the lead researcher currently an associate professor at the United Medical and Dental College, Korangi.