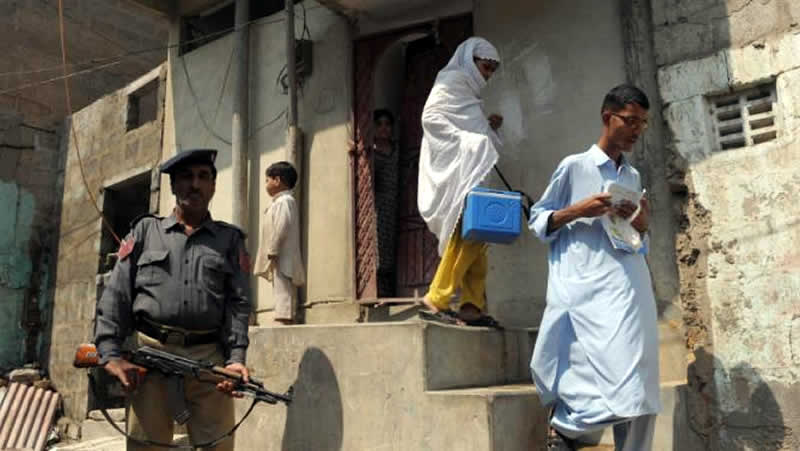 Gunmen on Monday killed a policeman guarding a polio vaccination team in Karachi, police officials said, the latest blow to efforts to stamp out the crippling virus in Pakistan.

The attackers on a motorbike shot the policeman in the western neighbourhood of Papoosh Nagar and then fled, senior police official Chaudhry Asad told AFP. The vaccination drive remained unaffected by the shooting, he added. Another police official confirmed the attack and casualty. Earlier on Jan 19, unknown gunmen had shot a policeman assigned to provide security to a polio vaccination team in Karachi’s Orangi Town area. Pakistan is one of only three countries where polio remains endemic.

Attempts to eradicate it have been badly hit by opposition from militants and attacks on immunisation teams that have claimed 68 lives since December 2012. The militants claim that polio vaccination is a front for espionage or a conspiracy to sterilise Muslims. Apart from attacks on vaccination teams, Karachi is rife with criminal, ethnic, political and sectarian killings which claim hundreds of lives