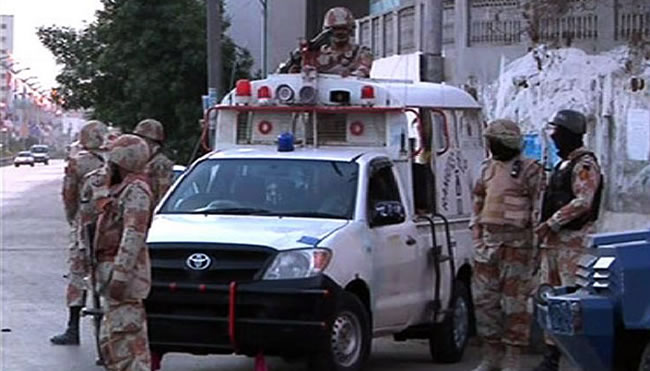 The Rangers on Wednesday conducted a siege and search operation at the Muttahida Qaumi Movement (MQM) centre Nine-Zero while the party members claimed that several leaders have been arrested including Amir Khan, According to the details, the MQM coordination committee said that the Rangers conducted an early morning raid on MQM centre and arrested several party leaders. The party has announced a ‘day of peaceful protest’ today and urged the transporters and traders to suspend their activities. The Rangers reveals to have arrested a death row prisoner and seized heavy weaponry from the headquarters.

Moreover, the coordination committee demanded Prime Minister (PM) Nawaz Sharif to take immediate notice of the incident. Dr Farooq Sattar said that MQM has always maintained its policy of zero tolerance against crime and terrorism. He said that MQM has always offered to cooperate with law enforcement agencies. He also said that this act was to sabotage national consensus and to push a peaceful party against the wall.