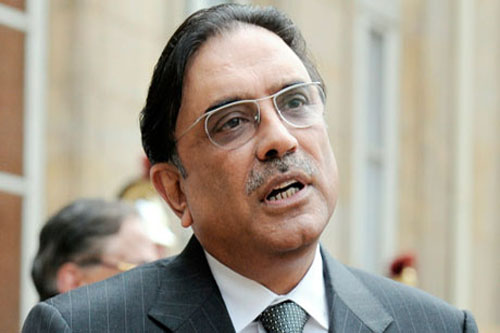 The Pakistan Peoples Party has decided to include Muttahida Qaumi Movement in the Sindh government and has given the task to Chief Minister Syed Qaim Ali Shah to hold talks with the MQM leadership for the purpose. PPP Co-Chairman Asif Ali Zar­dari made a telephone call to MQM chief Altaf Hussain in London and informed him about the PPP’s decision taken on Tues­day at the Bilawal House meeting of PPP Sindh Parliamentary Party. The two leaders exchanged views on the overall political situation, the PPP-MQM working relationship and matters of mutual interest. Mr Zardari said that PPP and MQM were elected parties of the people of Sindh and both should work jointly for the progress and prosperity of the country and welfare of the people, says an MQM press release.

Both leaders agreed that better working relationship between MQM and PPP augured well for the country, especially Sindh. Mr Hussain said that the MQM would continue its peaceful struggle for attaining the fundamental rights of people. The two leaders agreed to continue their contacts in future also. Asif Zardari and Altaf Hussain expressed concern over the Yohannaabad tragedy in Lahore and offered condolences to the bereaved Christian families.

PPP MEETING: The Sindh Ass­embly Parliamentary Party endor­sed the decision of PPP Co-Chair­man Asif Ali Zardari to include the Muttahida Qaumi Movement in the Sindh government. It also decided to continue its reconciliation policy in the run-up to local government elections and asked party leaders and workers to mobilise the party from district to ward level and arrange corner meetings. The meeting, attended by PPP Women Wing’s President Faryal Talpur, Senior Vice President Sherry Rahman and ministers, reviewed the political situation, law and order in Karachi and preparations being made for observing the death anniversary of PPP founder Zulfikar Ali Bhutto on April 4.

It also discussed strategy for contesting local government elections. Asif Zardari congratulated party lawmakers for standing by the party’s decision and voting in a disciplined and dignified manner in Senate elections. Mr Zardari also took them on board on the party’s strategy during the Senate elections which saw election of six PPP candidates to the upper house from Sindh and unopposed election of PPP leader Raza Rabbani as the Senate Chairman.