45 killed in Attack on Ismaili Community Bus in Karachi 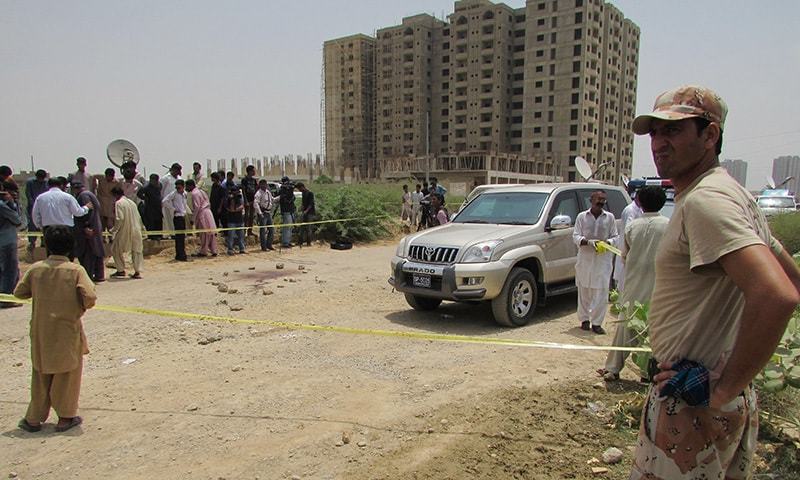 At least 45 people have been killed and 20 injured in a gun attack on a bus carrying Ismaili Shia Muslims in the Pakistani city of Karachi, police say.

A police official said six gunmen on motorcycles stopped the bus and fired indiscriminately at passengers. Prime Minister Muhammad Nawaz Sharif has condemned the attack and ordered an investigation. A splinter group of the Pakistani Taliban called Jundullah has said it carried out the attack. About 60 people were on board the bus when it was stopped in the Safoora Goth area of Karachi on its way to an Ismaili Shia place of worship, police said.  In the violence by Taliban and Sunni militants against Shia Muslims in Pakistan in recent years, the Ismailis – which make up a tiny proportion of Shias – have been largely spared. The BBC’s Shahzeb Jillani in Pakistan said it is one of the biggest, if not the biggest attack on the Ismaili community and has come as a major shock. He described it as a progressive, educated, peaceful community.

A Jundullah spokesman said it carried out the attack because it considered the victims “kafir” or non-Muslim. He threatened more attacks in the coming days against Ismailis, Shias and Christians.

Recent attacks on Shias in Pakistan include:

Pakistan is about 20% Shia and 70% Sunni. Ismaili Shias, in common with other Shia Muslims revere Ali, son-in-law of the Prophet Mohammed, but they also revere the Imam Ismail who died in 765 AD.