Safoora bus carnage case to be tried in prison 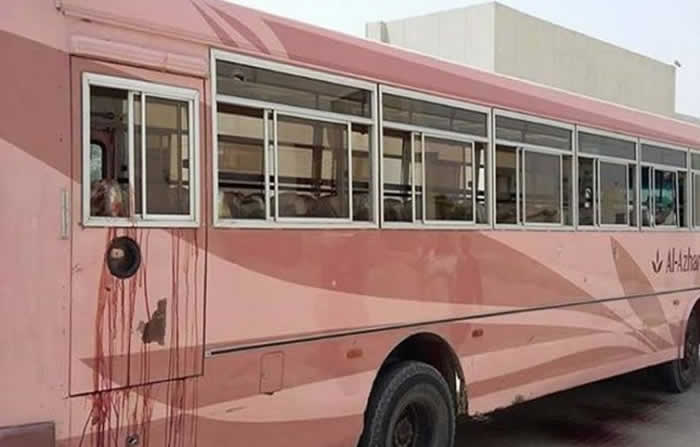 Safoora bus carnage case to be tried in prison

An antiterrorism court was informed on Thursday that due to security concerns, the trial of the Safoora Goth bus carnage case would be conducted inside the central prison.

In an investigation report, police stated that suspects in the bus carnage case and their absconding accomplices were affiliated with Al-Qaeda and the self-styled Islamic State militant group.

The home department through a notification informed the ATC-I that the trial of the suspects would be conducted inside the prison because of security reasons. Saad Aziz alias Tin Tin, Tahir Hussain Minhas alias Sain, Asad-ur-Rehman alias Malik, Hafiz Nasir alias Yasir and Mohammad Azhar Ishrat alias Majid are facing trial for their involvement in the killing of 45 Shia Ismaili community members, including 18 women, in a targeted attack on a bus near Safoora Goth on May 13. Fishermen Cooperative Society vice chairman Sultan Qamar Siddiqui, his brother Hussain Qamar Siddiqui and Sajid Naeem have also been arrested and are currently in police custody on physical remand for allegedly facilitating the deadly attack.

Another antiterrorism court was informed on Thursday that sanction was granted to commence the trial against 15 Muttahida Qaumi Movement workers in explosive material cases. The Rangers had arrested Faisal Mota, Amir, Farhan Shabbir, Amir Ali, Abdul Qadir and others during a pre-dawn raid at and around the party headquarters in March and they were booked for allegedly possessing explosive substances and illicit weapons. The police had sought permission from the home department for commencement of trial in explosive material cases as required under Section 7 of the Explosive Substances Act, 1908. The police informed the ATC-VI that permission was granted. The court is likely to indict the suspects at the next hearing.

PM’s US trip to be marked by tense diplomacy