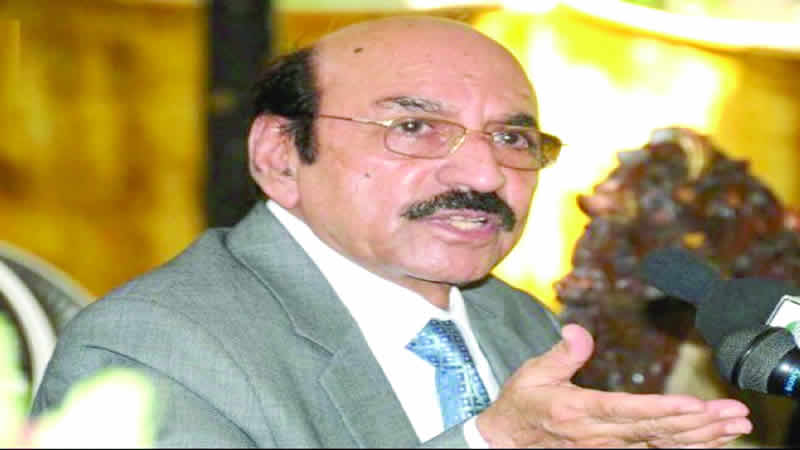 Sindh Chief Minister Syed Qaim Ali Shah has finally signed a summary to extend special powers of Pakistan Rangers, Sindh, for another 60 days. According to sources, the Sindh government wrote two letters to the federal government on Saturday informing the interior secretary about the deployment of Rangers and their special powers.

A resolution passed by the Sindh Assembly on Wednesday has also been sent to the federal government. The provincial government has informed the centre about ratification of deployment of Rangers and their powers under Article 147 of the Constitution from Dec 6 to Feb 5, 2016. The Sindh home department had moved the summary to the chief minister with a recommendation to extend the special powers of Rangers for 120 days, but he approved it only for 60 days. At the intervention of the prime minister, the chief minister signed the summary. Special powers given to Rangers under the Anti-Terrorism Act had expired on Dec 5 and the Sindh government was reluctant to extend them.

It said that under the National Action Plan and the Anti-Terrorism Act, Rangers had the mandate to conduct targeted operation against elements involved in four heinous crimes — terrorism, targeted killing, kidnapping for ransom and extortion, but the paramilitary force overstepped its authority by raiding government offices, arresting officials and seizing official records.The situation worsened after Interior Minister Chaudhry Nisar Ali Khan threatened the Sindh government of using different options if it refused to extend Rangers’ special powers. In the resolution passed by the Sindh Assembly, the PPP government had curtailed Rangers’ powers and asked the paramilitary force not to support federal agencies (NAB and FIA) in conducting raids in the province.According to the resolution, Rangers should take action only in cases of targeted killing, extortion, kidnapping for ransom and sectarian killings.

it specifically mentioned that a person who was only suspected of aiding and abetting terrorists or by way of financing shall not be placed under preventive detention under any law without prior written approval of the chief minister. Rangers shall not raid any office of the government of Sindh or any other government authority without prior written approval of the chief secretary. Besides, Rangers shall not assist any other institution/organisation in carrying out such action. The second letter sent to the federal government pertains to correction of an omission of the word “terrorists” in the resolution about powers of the Rangers while mentioning sectarian killings. After legal experts had drawn attention of the government to the omission, the word “terrorists” was added to the text of the resolution. It specifically mentioned that special powers had been granted with the condition that they would be exercised only in Karachi.