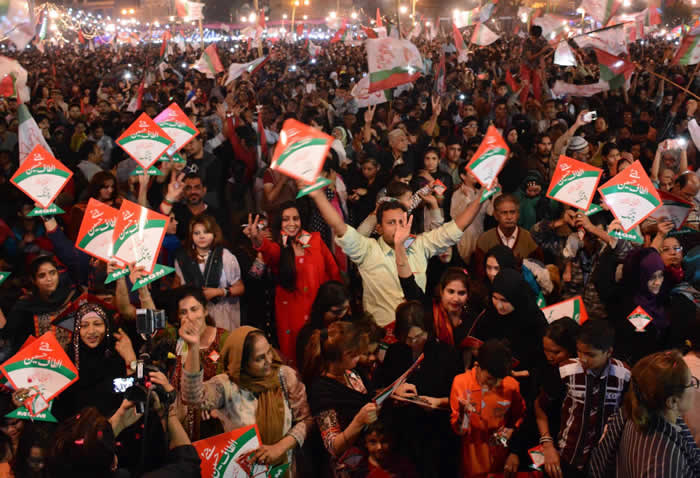 In a move apparently aimed at improving its ties with the establishment, the Muttahida Qaumi Movement abolished on Sunday its ‘unit and sector system’ in Karachi and introduced a new organisational set-up.

MQM sources said that the powers that be had time and again objected to the term ‘unit’ and ‘sector’ — two basic tiers of the MQM’s organisational structure — because the terms were used by the army.

In July last year, Rangers categorically stated that the paramilitary force was arresting “MQM’s sector and unit in-charges” because they were part of the party’s alleged militant wing organised by its Tanzeemi committee. The MQM has already abolished this committee in Karachi. Addressing a workers’ convention on Sunday, the MQM chief announced the restructured set-up of the party. However, it was claimed that the move was aimed at harmonising the basic party structure with the city’s local government set-up and bringing improvement to the overall working of the party.

The party chief announced that the ‘unit’ of the MQM’s organisational structure would now be called ‘union committee’ and `unit in-charge’`UC organiser’. Similarly, ‘sector’ would now be called `town’ and ‘sector in-charge’`town organisers’. The changes were limited to Karachi and for a period of two years, he said. The party’s central executive council will look after the organisational work at the town and union council levels. Earlier, the Mohajir Qaumi Movement had restructured its `unit and sector’ system before the Dec 5 local government elections. Its chief Afaq Ahmed said at that time that the restructuring had been carried out on the “suggestion of some friends”.