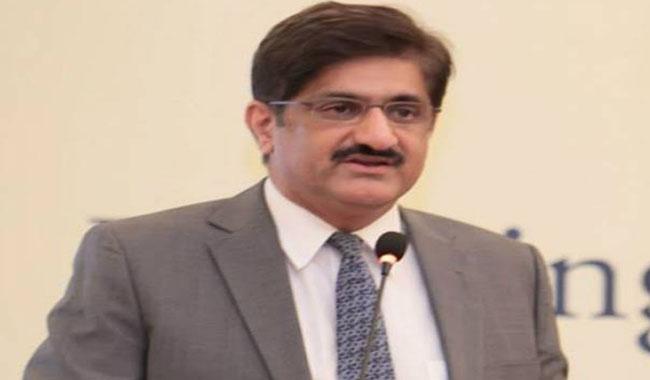 Pakistan People’s Party (PPP) has decided to appoint Provincial Finance Minster Murad Ali Shah as new Chief Minister of Sindh to replace Syed Qaim Ali Shah, The PPP sources have confirmed the report. The decision was taken in meeting of top leadership of PPP which was held in Dubai on Sunday.

The meeting was chaired by former President Asif Ali Zardari and PPP chairman Bilawal Bhutto Zardari. The sources further revealed that the top leadership of PPP has approved extension in Rangers’ special powers in Sindh during the meeting.

The Sindh cabinet would also undergo a major reshuffle. Speaker Agha Siraj Khan Durani is likely to be made minister in the new cabinet while Sikandar Mandhro will become new speaker. Nisar Khuhro is likely to be appointed Home Minister or Finance Minster in the new cabinet while Manzoor Wassan, Nasir Shah, Zia-ul-Hassan Lanjar and Nadir Magsi will also be part of the cabinet. Deputy Speaker Shehla Raza is likely to get portfolio of Education minister while Moula Bux Chandio will remain Advisor to CM for Information. Sardar Shah, Fayaz Butt, Pir Mujeeb ul Haq and Asghar Junejo will also be part of the new cabinet. Qaim Ali Shah-led government of the party in Sindh has seen a lot criticism during this term especially in the past year for bad governance and alleged apathetic attitude towards welfare of the people.

The incumbent Chief Minister has been trolled on the social media many times in the recent past for his tongue-slips in public addresses besides alleged irresponsible behavior towards development projects in the economic hub of the country, Karachi. Murad Ali Shah was earlier elected in the Sindh Assembly in 2002 and completed his tenure until 2007. He served as the project director of Karachi Fish Harbour Authority before getting elected as the member of assembly for the first time. His father, late Syed Abdullah Shah had served the province in capacity of Chief Minister, Speaker Sindh Assembly and Deputy Speaker. He was also elected a senator in 1991 and remained a member of the House until 1993.