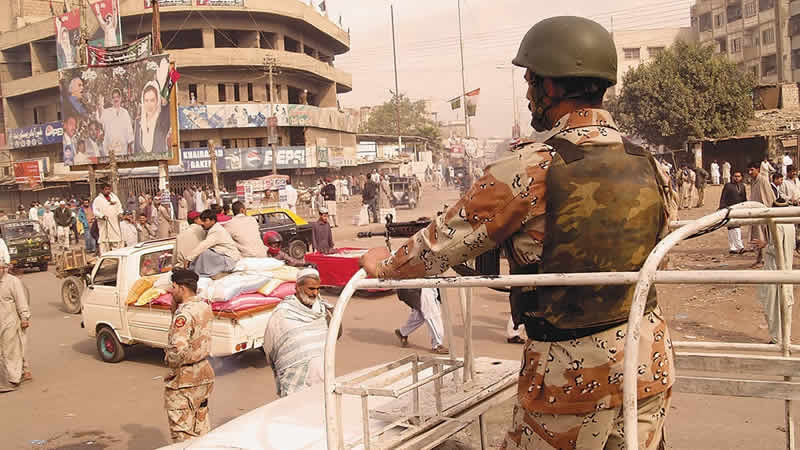 The COAS issued directions and said that law and order should be maintained in the city at all costs. Those who caused this mayhem should be caught,” said the Army chief. The DG Rangers Sindh assured the Army chief that complete action would be taken against miscreants and those elements who incite them. Peace would be ensured in the city, he added.

Today, Muttahida Qaumi Movement (MQM) workers turned to violence after being told by their party chief to surround the offices of Media news. At least one person reportedly injured in the firing near Zainab market succumbed to his wounds at the hospital after the violence.

Two other people sustained injuries during the violent attacks in which around 2000 party workers participated. Following which, a heavy contingent of Rangers reached Zainab market and surrounding area.