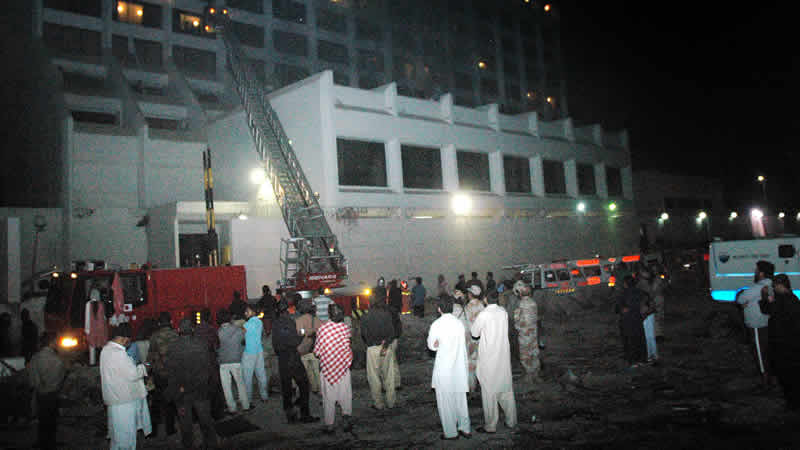 At least 11 people were killed when a fire broke out in a hotel located at Karachi’s Shahrah-e-Faisal on Sunday night, Media News reported.

The blaze, which broke out on the ground floor of the hotel, killed at least 11 people and injured 50 others. The death toll is feared to increase. The fatalities included four women and three children whereas foreign nationals and Rangers personnel were among the injured. The dead bodies and the injured were shifted to Jinnah Postgraduate Medical Centre (JPMC).