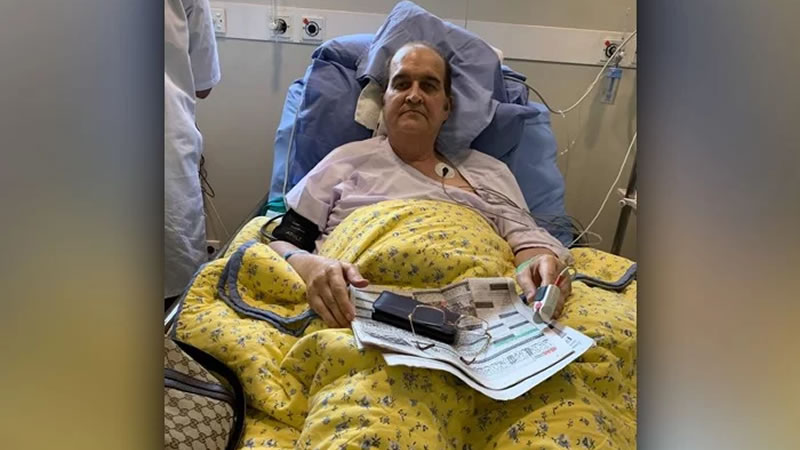 Chairman and publisher of the Jang Group, Mir Javed ur Rahman, the eldest son of media tycoon Mir Khalil ur Rahman, and brother of Jang-Geo Editor-in-Chief, Mir Shakil ur Rahman, passed away in Karachi on Tuesday.

Mir Javed-ur-Rahman was being treated at a private hospital in Karachi. According to the hospital, he was suffering from lung cancer. Mir Javed ur Rahman had been in the Intensive Care Unit (ICU) of the hospital.

As the eldest son of media tycoon Mir Khalil ur Rahman, Mir Javed ur Rahman was bequeathed the twin values of fearless journalism and the relentless pursuit of the truth by his father.

Under the visionary leadership of Mir Javed ur Rahman, the Jang Group became the leading media house in Pakistan, operating newspapers, magazines, and TV channels across the country.

The Jang Group, under the guidance of Mir Javed ur Rahman, learned to stand up for the truth despite economic pressure exerted on it by several powerful individuals over the past few decades.

Mir Javed ur Rahman himself diligently and honestly continued the free-speaking tradition at Jang Group and instilled important lessons into the heart of the organisation, chief of them being service of the people.

The secret to the success of the Jang Group lies in the professionalism of its journalists, analysts, opinion writers, who have always spoken truth to power following in the footsteps of Mir Javed ur Rahman.
‘Demise end of an era in journalism’

‘Mir Javed ur Rahman was like an elder brother’

Senior journalist Waqar Azimi, commenting on the demise of Mir Javed ur Rahman, said that the news had come as a big shock since the deceased was like an elder brother to him.

“This is a very disappointing news. He was like my elder brother. I cannot belive that he’s not with us, it is a big shock. Mir Javed ur Rehman was a very good man,” Azimi said while talking to Geo News.

“He used to get tear eyed when we were sitting and talking about religion. He was a creative-minded journalist who promoted Urdu journalism,” the senior journalist said reflecting on his time with the deceased.

US Coronavirus Death Toll Rises Past 3,000 on Deadliest Day