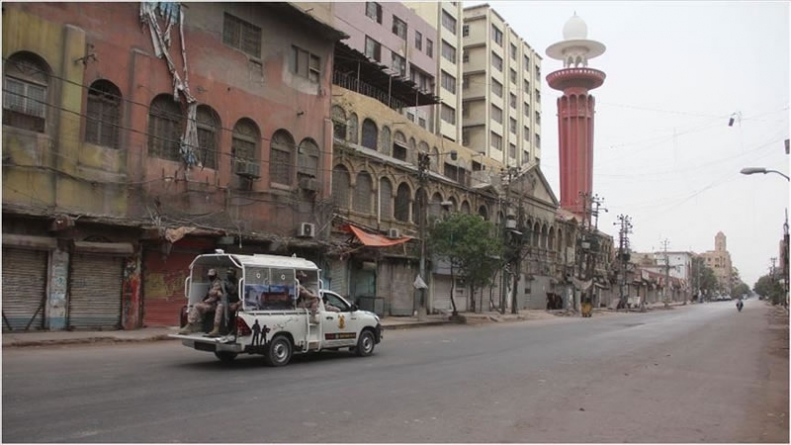 Dissatisfied with the ‘smart lockdown’ imposed as the coronavirus continues to spread in the metropolis, the Sindh health department recommended that the government enforce a stricter lockdown in 182 union councils (UC) across the provincial capital on Monday.

According to the official figures released by the Sindh government, a staggering 56,775 coronavirus cases have been reported in Karachi to date – nearly a third of all virus cases that have been detected in the country so far.

Sharing a list that pointed out virus hotspots in all six districts of Karachi division, the department highlighted the socio-economic status, level of population congestion, frequency of Covid-19 cases and virus-related deaths in each UC of the port city. A copy of the list is available with The Express Tribune.

“All these areas [that have been identified] need to be shut down completely,” insisted a health department official, talking to The Express Tribune on the condition of anonymity. He quoted senior health officials as calling for a curfew for an indefinite period in these localities.

Expressing unhappiness with the current smart lockdown in different parts of the city, the official claimed that such a lockdown would not bring about the necessary results in slowing down the spread of the contagious disease. “This is not a lockdown. Everything is open. Commuters are moving about freely, there is no check on citizens and their travel,” he noted.

According to the health department, at least 42 UCs are sensitive for the virus in West district, including 13 in Orangi Town, nine in SITE Town, eight each in Keamari Town and Baldia Town and four in the parts of Gadap Town falling in this district.

Similarly, 42 UCs in the city’s Central district have been identified as virus hotspots, with 13 in North Karachi, 11 in Liaquatabad, 10 in North Nazimabad and eight in Gulberg.

In East district, a total of 27 UCs in two towns were declared hotspots in the health department’s list, including 14 in Gulshan town and 13 in Jamshed Town.

Interestingly, despite the high number of infections detected in South district earlier on, only 23 UCs in two towns – including 11 UCs in Lyari Town and 12 UCs in Saddar Town – were shown as coronavirus hotspots by the health department.

Separately, at least 19 UCs in Malir district, including seven in Bin Qasim town, five in Landhi Town, four in this district’s parts of Malir Town and three in its parts of Gadap Town, were highlighted for caution by health officials.

Meanwhile, as the Sindh government tried to tighten the smart lockdown, several eateries in different parts of the port city were warned to abide by the law or else face being sealed for violating government orders.

A number of restaurants in Sindhi Muslim Cooperative Housing Society (SMCHS) were sealed for an indefinite duration, while others were warned to follow the standard operating procedures (SOPs) devised by the government.

Struggling to limit the movement of citizens in sealed localities, meanwhile, officials placed barriers on main roads and streets in an attempt to discourage them from going outside the area.

“It is difficult to check the identity of every single individual. A few police officials can’t easily do this,” explained a constable deployed at Tariq Road. “This is why we place barricades – it hinders the free movement of people.”

Riazuddin, a commuter, complained that he had been trying to navigate the maze of barriers for half an hour as he tried to make his way to Boat Basin.