by Top
in Business, Sindh
0 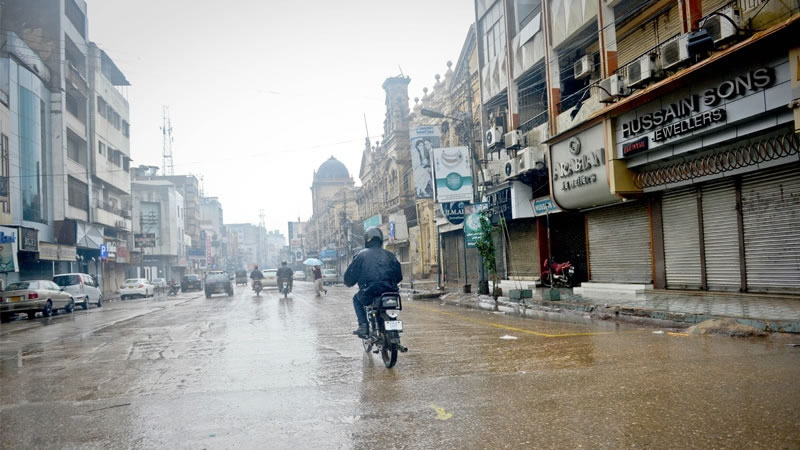 Rains and urban flooding have triggered the suspension of most of the business activities in the metropolis. Restaurants, small and big stores as well as other shops across the city have remained submerged in rainwater, suffering losses worth billions of rupees.

The business community has requested the Sindh government and other authorities to ensure immediate drainage of water to save businesses, particularly restaurants, from further devastation so that business activities could resume.

“Rainwater has entered factories, warehouses and residential areas, causing heavy losses to the business community at large,” he lamented.

“Most parts of the city remain without electricity, generators are not working either as people have run out of petrol, which has halted the drainage of rainwater in factories, warehouses and other workplaces.”

All Pakistan Restaurant Association Convener Athar Chawla, while expressing concern over the urban flooding and a lack of drainage system, requested the government, DHA, CBC and other departments concerned to ensure speedy drainage to protect their industry from further devastation so that business activities could restart.

Chawla said due to record-breaking downpour in most parts of the metropolis, especially Defence, Clifton, PECHS, North Nazimabad, Haideri, Gulshan-e-Iqbal, Gulistan-e-Jauhar and other areas, restaurants in these areas were submerged and the rainwater was still not drained out. Owing to that, the stock of food items had been affected badly while kitchens and furniture of the restaurants had been destroyed, he said.

“Restaurant owners are trying to drain water but due to accumulation of stagnant rainwater outside the restaurants, they are facing difficulties in the drainage process,” he said, adding, “Four days have passed since the heavy downpour but the DHA, CBC and other departments concerned have not made any arrangements for drainage from the restaurants.”

“The restaurant industry has lost billions of rupees due to the negligence and incompetence of these institutions.”

Chawla stated that power supply should be restored immediately in the areas where water had been removed and financial assistance should be provided to the restaurant industry to minimise the damage caused by the rainfall so that they could get back on their feet.

“Otherwise, millions of workers are at risk of becoming unemployed,” he warned. The city, which contributes more than 60% of the revenue and is the hub of Pakistan’s economic activities, is left at the mercy of the nature and relief measures are inadequate,” said the FPCCI president.